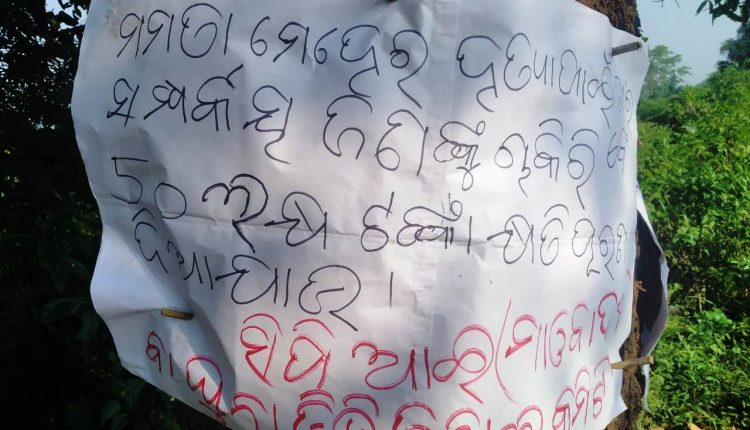 In the five posters released in the name of Baghuna divisional committee, the members of the outlawed outfit have also demanded a job for a family member of Mamita and strict action against government officials, politicians, and police.

They have also demanded the resignation of Chief Minister Naveen Patnaik.