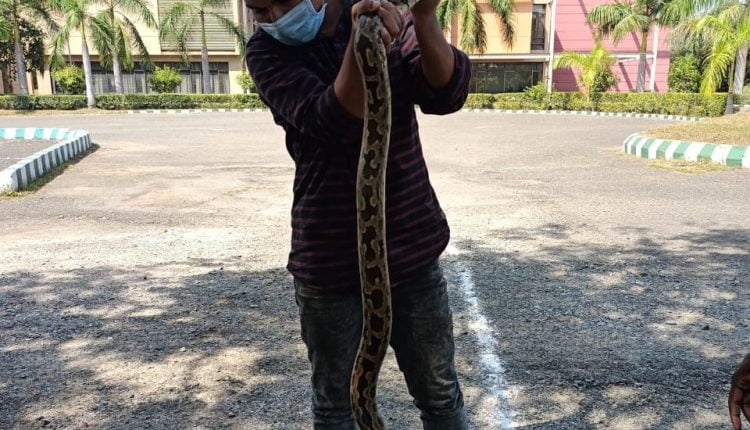 Angul: Another python, which had intruded into human habitation, was rescued and safely released in the forest in Odisha on Saturday.

The python was spotted by the sanitary workers while carrying out cleaning work on the premises of OP Jindal School at Jindal Nagar on Chhendiapada Road in Angul town. Alarmed by the huge snake, they informed the school authorities.

While some workers kept a close watch on the slither without disturbing it, the school authorities sought the help of Snake Helpline.

Snake Helpline members Aditya Behera, Radha Mohan Sahu and Biju Bhoi reached the spot and recued the snake. On measuring it, they found it to be six feet long. The adult snake was healthy and unharmed, they said.

Later, they released the python in nearby jungle in presence of Forest Department officials.

This is the sixth python that has been rescued in the state in the last two months. The pythons were found in residential houses, college and farm fields in Malkangiri, Berhampur and Bargarh during the period.