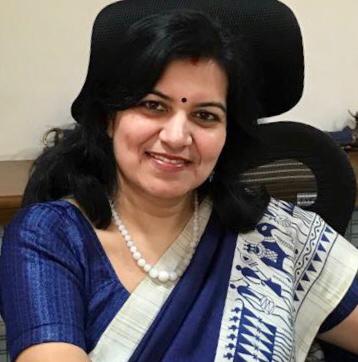 She will return to Bhubaneswar the following day and go to state party office, the sources added.

Speculation is rife that the former commissioner of Bhubaneswar Municipal Corporation (BMC) would contest the 2019 elections from Bhubaneswar Lok Sabha seat or Bhubaneshwar central assembly constituency.

Aparajita was perceived to have been quite popular during her stint in BMC from 2006 to 2009.

While the former bureaucrat is yet to go on record about her political plans, she has made her intent clear by starting an office and posting certain indicative tweets.

The Centre had approved her application for voluntary retirement from service (VRS) on November 17 after the Odisha government gave its go ahead on November 14. She had applied for VRS on September 15.

Aparajita, a 1994-batch Odisha cadre IAS officer, was serving as joint secretary (MGNREGA), Ministry of Rural Development, and her five-year tenure on central deputation had ended in August.

A native of Bihar, she is married to her batchmate Santosh Sarangi and went on central deputation in 2013. During the preceding four years, she had worked as director, panchayati raj; secretary, school and mass education; secretary, higher education; commissioner, consolidation; and secretary, textiles and handloom.

Her entry into the political scene is also being closely watched by rival political parties as well as BJP insiders, and also the bureaucracy as she is expected to be part of the state BJP think tank.