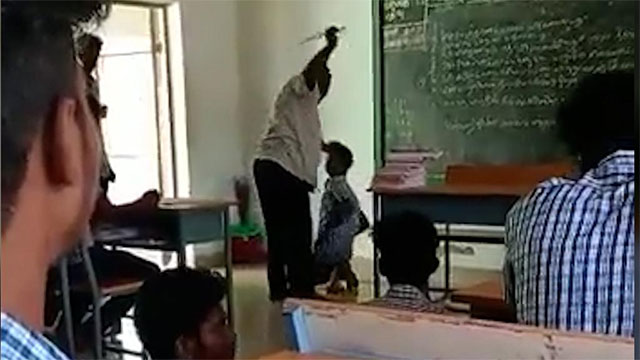 Lucknow: A class X Dalit student succumbed to his injuries after being beaten by his school teacher in Uttar Pradesh for committing a mistake in an exam.

The incident took place in Auriya district, in eastern UP.

Nikhil Dohre, the victim, enraged his social science teacher Ashwini Singh after making a spelling mistake in an exam on September 7.

The boy had to be admitted to Uttar Pradesh University of Medical Sciencesin Saifai, Etawah.

His health deteriorated while he was undergoing treatment and ultimately passed away on Sunday.

Two days ago, Nikhil’s father Raju Dohre registered an FIR in the Achhalda police station against the teacher for using caste-indicative abusive words and not cooperating in the treatment.

Ashwini is still on the run.

“We have spoken to Etawah CMO to get the panel and video graph to know about the cause of death. Correspondence has also been done. Further action is in progress. Three teams have been formed to arrest the accused,” said Auraiya SP Charu Nigam.