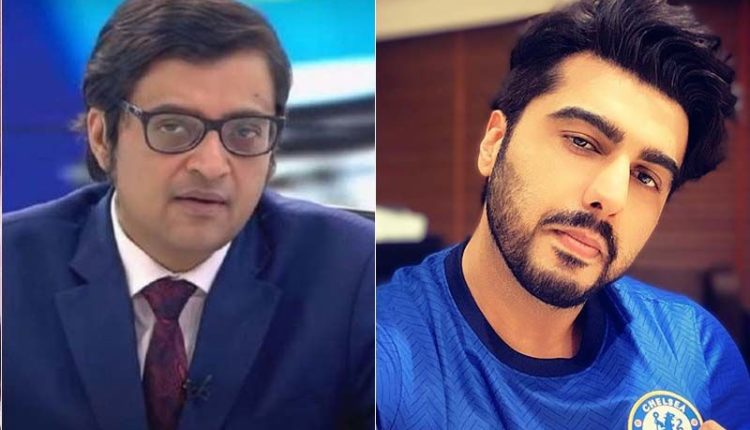 It all started during a debate on the channel over BMC’s demolition of Kangana Ranaut’s office in Mumbai.

Arnab mentioned that there were several other celebrities who had been issued notices by BMC, but it was only Kangana’s office which they demolished in a hurry.

While discussing other actors that the BMC had issued notices to, Goswami mentioned Arjun Kapoor’s name and added that he doesn’t know him.

“There is one person called Arjun Kapoor, I don’t know. They say he is a small time actor. I don’t know who he is,” said Arnab.

Netizens couldn’t keep calm on hearing Arjun being described as a ‘small time actor’, and a hilarious meme fest ensued on Twitter.

Holy mother of god Arnab just said.. " Somebody called Arjun Kapoor, I don't know who he is some small time actor it seems.. Was given BMC notice 😂 This Arjun Kapoor fellow was given time by BMC.

I can't. @Being_Humor you must watch this if you can get a clip.

Arjun kapoor during the shoot of the movie be like:- pic.twitter.com/9CPH81mI5B

People's tweet under trending Arjun Kapoor topic is so funny 😭😂
I can't
Arjun's reaction after looking at the trend 😭😂 pic.twitter.com/mKRG6GTon3