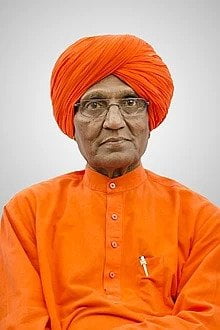 New Delhi: Former Haryana MLA and Arya Samaj leader Swami Agnivesh, who was in a critical condition, passed away at a hospital in New Delhi on Friday. He was 80.

Agnivesh was admitted to the Institute of Liver and Biliary Sciences in New Delhi for treatment of liver cirrhosis and was on ventilator since Tuesday due to multi-organ failure.

He is known for his movement against bonded labour under the banner of Bonded Labour Liberation Front which was founded by him in 1981. He also formed a political party, Arya Sabha, that was based on the principles of the Arya Samaj in 1970.

In 2004, he was awarded with Rajiv Gandhi National Sadhbhavana Award and Rights Livelihood Award by Sweden. In 2006, he received M.A. Thomas National Rights Award at Bangalore.

He had also spent three days inside the “Bigg Boss” house as a house guest in 2011.

He was involved in various areas of social activism including campaigns against female foeticide and the emancipation of women.