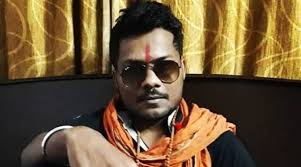 New Delhi: The Supreme Court has given bail to journalist Prashant Kanojia, saying the right to liberty is fundamental and non-negotiable, various news agencies reported.

Kanojia must immediately be released, the Supreme Court said. “It is made clear that this order is not construed as an approval of tweets,” the top court said.

The Supreme Court was hearing a petition by Kanojia’s wife Jagisha Arora, challenging his arrest on Saturday. “Normally we don’t entertain these type of petitions. But a person can’t spend 11 days in jail,” the Supreme Court said.

“I believe in Constitution. I have fought this case. I am happy,” a visibly emotional and tired Jagisha Arora told reporters outside the Supreme Court after the hearing.

Earlier, while hearing a petition by Kanojia’s wife, challenging his arrest on Saturday, the court had said that his arrest by the Uttar Pradesh police for “defaming” Chief Minister Yogi Adityanath “is not murder”.

Kanojia, a freelance journalist, was arrested in Delhi on Saturday for a tweet that had “objectionable comments” on Yogi Adityanath. He was picked up from his home in Delhi after a complaint by a police officer in Lucknow, alleging he tried to “malign” Yogi Adityanath’s image.

He had shared a video on Twitter and Facebook where a woman is seen speaking to reporters of various media organisations outside Yogi Adityanath’s office, claiming that she had sent him a marriage proposal.

During a debate on the channel on June 6, the woman, whose video was shared by Prashant Kanojia, had allegedly made defamatory statements against Yogi Adityanath, the police said.

Congress president Rahul Gandhi has condemned the arrest of the three journalists. The arrests have sparked a huge social media debate on freedom of expression in the country.

“If every journalist who files a false report or peddles fake, vicious RSS/BJP sponsored propaganda about me is put in jail, most newspapers/ news channels would face a severe staff shortage. The UP CM is behaving foolishly & needs to release the arrested journalists,” Rahul Gandhi tweeted.

Plus-II Arts, Commerce And Vocational Results To Be Out In June 3rd Week

COVID-19 Fallout: Centre Not In Favour Of Granting Last…