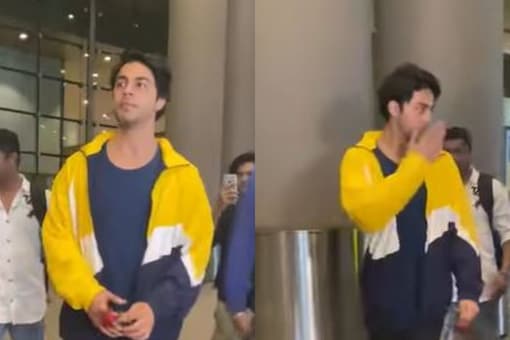 New Delhi: Shah Rukh Khan’s son, Aryan Khan is making his Bollywood debut. Not as an actor but as a director. On Tuesday night, Aryan took to his Instagram to reveal that the script for his debut project is ready and he cannot wait to announce ‘action.’ While fans were thrilled about his Bollywood debut as a director, SRK also took to the comments section and turned into Aryan’s biggest cheerleader.

Aryan confirmed the news with a picture of a script that was placed next to a clapboard with the Red Chillies Production name on it. “Wrapped with the writing…can’t wait to say action,” he wrote. Bilal Siddiqi, who is rumoured to be co-writing the project with Aryan, was among the first ones to comment. “Series abhi Baaki hai mere dost ✍️ ,” he commented.

The publication further reported that writer Bilal Siddiqui, who co-wrote the Netflix show ‘Bard of Blood’, produced by SRK’s Red Chillies Entertainment is working on the project with Aryan. According to reports, Jersey actor Prit Kamani might be a part of this show. 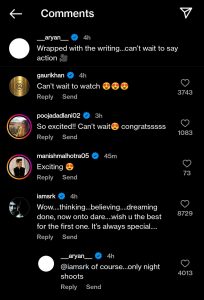