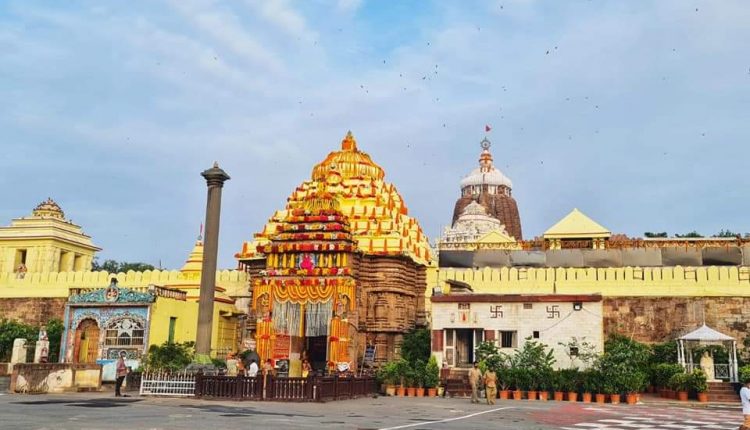 Puri: The Archaeological Survey of India (ASI) has written a letter to the Chief Administrator of Shree Jagannath Temple Administration (SJTA) for opening the ‘Bhitara Ratna Bhandar’ (inner treasury) of Puri Srimandir.

According to sources, the ASI Superintendent wrote the letter to the Chief Administrator of SJTA on August 8. In the letter, the ASI has said that it wants to inspect the treasury.

A letter regarding the same has also been sent to the state Law Department and ASI DG.

It is pertinent to mention that an attempt was made to open the inner chambers of ‘Ratna Bhandar’ on April 4 after a directive of the Orissa High Court on March 22, 2018. However, the ‘Ratna Bhandar’ could not be opened as the keys were missing. Hence, the team carried out an inspection from outside and reported that its condition was weak.

Adding to it, a meeting of the Srimandir managing committee was held under the chairmanship of Puri Gajapati Maharaja Dibyasingha Deb on July 6 where he expressed his desire to see the ‘Ratna Bhandar’ to be opened.