Back Home From War-Torn Ukraine, Indian Students Have Another Reason To Worry 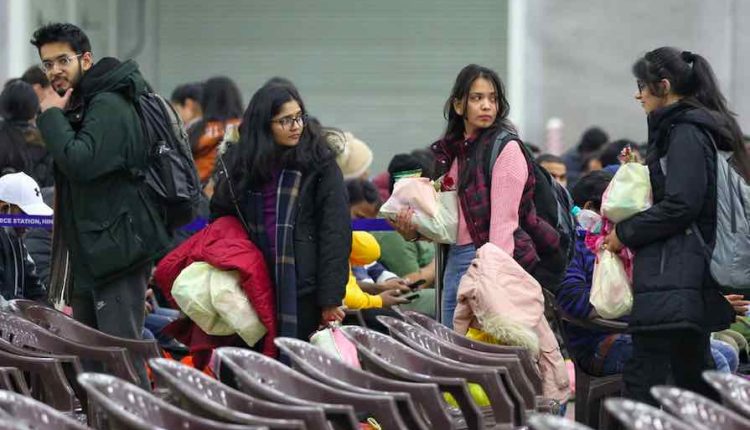 Pune: As talks around students’ readmission in India after they somehow fled Ukraine in the wake of its Russian invasion getting louder, another major worry is haunting them. Many have left Ukraine without collecting the original documents of Class X and Class XII which are in the custody of the respective universities.

First-year MBBS student of Kyiv Medical University, Sanika Rajendra Hande, is one such student. She is worried about her original Class XII certificate that she had submitted to the varsity during admission.

“There is no official communication on returning such a significant document from the university. After the attack on the Kyiv airport, the university employees have left the campus. We had to hide in a bunker for four days. In that situation, we could not even think of collecting any documents. Our priority was to return to India safely,” Sanika was quoted as saying by The Times of India.

“We never thought we would face such a situation when we took admission in Ukraine. It is unprecedented,” the first student recalled.

In fact, there are many like Sanika who somehow returned safely from the war-hit country after spending days in bunkers. Collecting the documents from the institutions were not on the priority list at that juncture. Now, the concerns about their academic year and further studies are hounding them.

Prasad Dhananjay Dalvi is another student pursuing an MBA course from Film and New Media Academy University at Kyiv in Ukraine. Prasad had submitted all his education documents (such as Class X, XII, graduation certificates) to the varsity.

“I tried to contact the university but in vain. I do not know whether my documents are safe in the university or not. I cannot even apply for a new course or job now. It is a very tricky situation for us,” Dalvi, a resident of Pavnanagar in Maval tehsil, was quoted as saying by the newspaper.

Neha Nigde was studying first-year MBBS at the Ternopil National Medical University. Neha also was unable to get her documents before returning to India.

“I could not carry any study materials with me. I could barely carry some clothes and necessary documents in one sack. I do not know when am I going to visit the university again,” Neha said.

Like them, there are several students who could only carry a sack and identity proof while fleeing Ukraine. They even had to leave their books and course materials in their respective hostels.