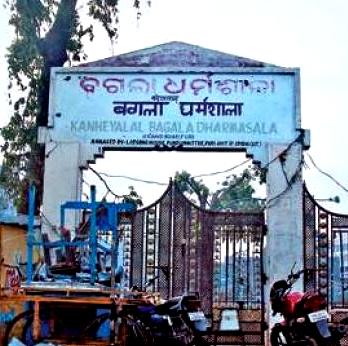 According to a memorandum submitted to the Union Minister by Patra, one Babu Kanheyalal Bagala had constructed a Dharmashala at Balagandi in the town over a plot of 2.547 acre in 1904 and donated the land to Puri collector in 1905.

The land was donated so that accommodation can be provided to pilgrims at cheaper rates and the Dharmashala can be operated without any assistance from the government.

“On July 24, 2018, Odisha government’s Housing and Urban Development department brought it under the Central-assisted PRASAD YOJANA for which a sum of Rs 20 crore was sanctioned after obtaining no objection certificate from the Shree Jagannath Temple Administration (SJTA) and the renovation work of the Dharmashala was in progress,” Patra said.

“The most unfortunate part is that, since the Act was repealed, the Collector & District Magistrate of Puri illegally and highhandedly, by overstepping his position, stopped the renovation work and secretly sold the land to private hotelier,” Patra said.

“I have presented the details of the issue before the Union Minister and he has assured of looking into the matter,” said Patra.