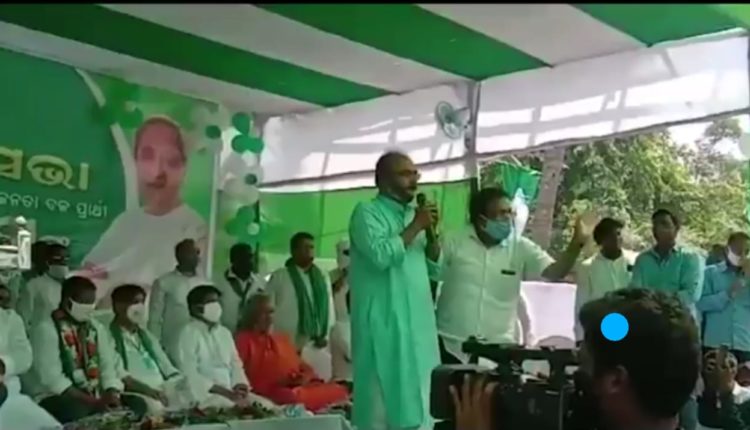 Bhubaneswar: After ‘godsend opportunity’, BJD leader Kuna Tripathy’s ‘defunct transformer’ jibe has raised the hackle of BJP engaged in an intense battle with the former in Balasore Sadar assembly constituency, which is going to polls on November 3.

Addressing a gathering recently, Kuna Tripathy said that though Chief Minister and BJD president Naveen Patnaik had been taking steps for the development of Balasore, a ‘defunct transformer’ had derailed the process.

The barb was targetted at the late MLA Madan Mohan Dutta. “People here have been talking about the non-functional transformer which was set up here. So, Naveen Babu has sent a new transformer (party candidate for the Assembly seat) to ensure fast development,” he said.

However, BJP leaders have taken offence to these remarks.

Taking to his official Twitter handle, Union Minister and BJP leader Sarangi said that Kuna Tripathy remarks are insensitive and irresponsible and an insult to the late Balasore MLA, who has stood by the people of Balasore.

Sagarngi urged electorate of Balasore Sadar not to support such ‘heartless’ leaders and instead vote for late MLA’s son and BJP candidate Manas Dutta.

Manas Dutta, who is hoping for a victory riding the sympathy waves, had earlier expressed dismay at State Minister and BJD leader Ranendra Pratap Swain’s statement that the bypoll was a ‘godsend opportunity’ for BJD.

Though the minister through a series of tweets tried to calm the emotions, the MLA’s wife also told the media that the family had expected some compassion from the CM during his virtual rally over these remarks of a state minister, but he remained silent on the issue.