Bali Jatra: The Enduring Allure Of An Addictive Chaos 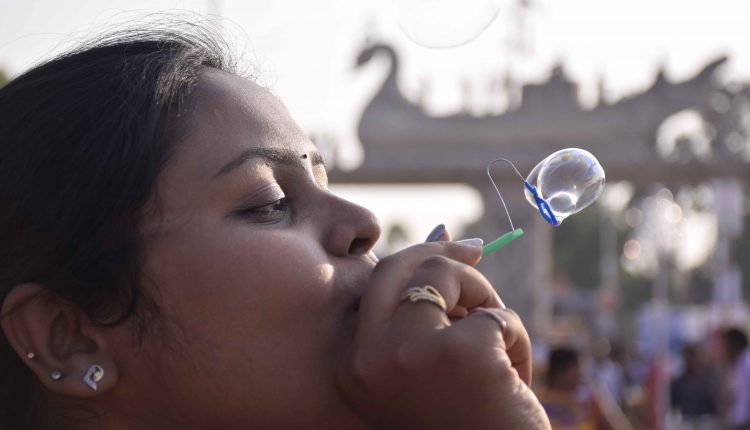 Bali Jatra holds a seductive allure for Suryanarayan Satpathy. Seventy-two and a bit infirm in body, the resident of Mehndipir in Cuttack, still finds it difficult to resist a trip to the venue. He has been there year after year almost without a break for more than half a century. And he sees no good reason to stop.

As a boy, he remembers, his first trip to Bali Jatra was from Kamakhya Nagar, a small part of the journey being on the shoulders of a family elder and on a bullock cart. It was dawn and there was a nip in the air when they started. He is hazy about the year though. But nearly a quarter of the male population of the village was part of the trip. It was an annual ritual.

It was evening and dusty when they reached Killa Padia after a bus journey and rest. His earliest memory of the festival is not of the sight or sound but one of smell. It was of dry fish. He recollects vendors on the fringes of the fair selling dry fish and that he had to hold his nose while passing through the small stretch. The lights, blinking and colourful, were the next to catch his attention and then the bewildering chaos of sounds. The effect of so much was overwhelming for the boy in his early teens.

The jatra became a more intimate experience after he shifted to Ravenshaw College in 1967. “A bunch of hostel mates would ride bicycles, usually three on one, to the fair every evening and hang around till late. We never tired of repeating the same things every year.” He would go there even when he had none for company. “Somehow the pull of the whole thing was irresistible. When alone, I would just watch people move around, ware being sold from stalls and hawkers trying to be heard above the din. The activity around was addictive.”

For him the thrill quotient of the jatra has always remained the same as it was when he first visited it as a wonder-eyed boy many years ago. Perhaps it is the case with all oldtimers, and those who are on the way to being oldtimers. Search among the crowd, you would find as many or more of them as casual visitors. Passion, in the absence of a better word, sets them apart from the latter. They also make it a point to introduce the members of their families to the spirit of the fair. Satpathy took his daughters to Bali Jatra when they were toddlers. Now, as adults, they cannot stop visiting it whenever they are in Odisha.

The event has gone noisier. There are more people, more stalls, more commercialisation, more food, more media coverage, more government attention and more of everything. It is much different from his earlier days. For someone who always found peace, solitude and simple joys in the chaos around, does he feel the jatra is losing its character, and its simplicity? No, he says. “That is how it is supposed to be. Haven’t I grown up? The jatra has to grow up too. There can be nothing called excess here.”

The answer is in sync with what other oldtimers feel. Fairs like Bali Jatra, for them, is a welcome escape from their anodyne existence, a break from the monotony of living the same life every day.

“For some reason, dahibara or thunkapuri at the jatra is always a different experience from having it at home,” says Satpathy, adding “I enjoyed those during my first trip here from Kamakhya Nagar as a boy, I still do.” Others concur.

Yes, let’s not underestimate the humble dahibara or thunkapuri. There may have been fancier items on the menu over the years but these two define Bali Jatra in their limited way. The fair would be incomplete without them. Perhaps the same goes with the smell of dry fish, the lights and the sounds. They preserve the original charm of the event. Perhaps they are the reason why Satpathy, the septuagenarian, and many like him cannot but keep turning up at the jatra every year.

Chilika, Once Upon A Time