Bank Deposits: A Difficult Choice Between Risk And Return 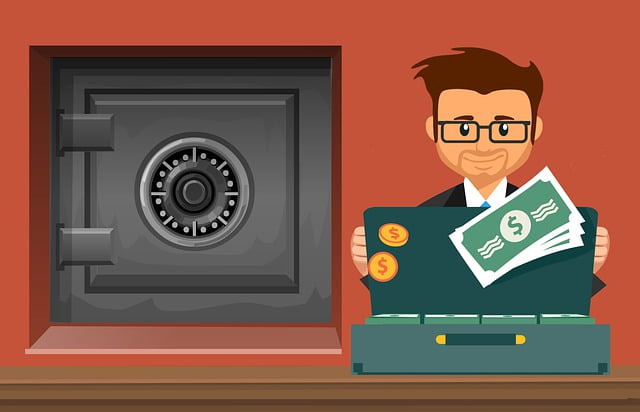 Depositors of banks in India have been witnessing a gradual lowering of interest rates on their deposits, eroding not only their deposit value in real terms but also reducing their monthly income. The situation is particularly severe for senior citizens whose monthly income is solely dependent on this investment.

To put things in perspective, the fundamental strength of any bank lies in its capital and public deposits. The interest rate on the deposits mobilised by a bank and the interest rate charged to the borrower are functions of the asset-liability profile of a bank. As far as deposits are concerned, their tenure and terms of withdrawal are the main determinants of the interest rate. Since fixed deposits are generally for longer tenures and banks have comparative freedom to deploy them on a long-term basis, they carry higher rate of interest as compared to savings accounts (SA) while current accounts (CA) carry no interest at all. The higher the proportion of CASA in the overall deposit profile of a bank, the better it is for the bank, both from the point of view of cost to the bank and liquidity.

A bank’s credit portfolio, which generates a substantial portion of its income in India, is created using mostly this deposit base; in case of any shortfall in its efforts to create assets, a bank may resort to borrowing depending on its appetite. Without going too much into the technicalities, it can be said the cost of deposits and borrowings and other operating costs, determine the lending rate of a bank.  Currently in India, the interest rates – both for deposits and advances – are no longer regulated and have been left to the individual banks to decide their own interest rates based on their asset-liability profile.

A look at the balance sheet of some of the banks may not give a lot of comfort to the stakeholders, including the regulators. The NPA level in the banks is moving northwards. The expected Gross NPA going by the recent Financial Stability Report released by RBI suggests that by March next year, it may increase to 12.5 per cent from the level of 8.5 per cent as on March 2020. In a worst-case scenario, it may even increase to 14.7 per cent. The prolonged lockdown in the country is further fuelling the problem. The overall implication is more non-income generating assets are stuck in the books of the banks, impacting their profitability.

Where does it leave the savers and the borrowers? First, let us talk about the borrowers. The COVID-19 pandemic has seriously affected the economies in the world, and India is no exception. Thanks to the moratorium announced by RBI, many borrowers have escaped from being classified as defaulters. This has also helped the banks, as otherwise they would have been required to make additional provisions impacting their bottom line. Further action is expected from the recently-constituted Committee on Restructuring that may further delay the income generation for the banks.

Thus, the headroom available to banks to lend more is very small and calls for additional capital infusion by the banks. Various stimulus packages by RBI and the Government have certainly helped to ease their liquidity stress and have reduced their borrowing costs but a constant nudge to further reduce the lending rates continues.

The questions that banks confront are what will happen to the recovery once the present regulatory forbearance is over? Whether the stressed units will bounce back once economic activities take off? The decision banks are called upon to take is to lend further or play safe. Various reports suggest that a combination of weak demand and risk aversion by banks have restricted credit flows. Saddled with many legacy issues banks have been more than cautious to lend to businesses even with just a hint of impairment and are too happy to lend only to high quality borrowers.

However, in this entire process, one important stakeholder group seem to have been totally sidelined. The Banking Regulation Act, 1949, provides ample ammunition to RBI to ensure that a sound banking system functions in the country. Right from the time of granting licence under Section 22 of the Act, the interest of the depositors is the prime consideration for RBI while taking any decision relating to banks. Besides innumerable provisions to control the activities of banks, RBI can make an application to the Court under Section 38 of the Act for winding up of a bank if in the opinion of the RBI, inter alia, the continuance of the banking company is detrimental  to the interests of its depositors.

Although various statutory provisions ensure the safety of the deposits and even gives an insurance cover, it does not guarantee any inflation adjusted real rate of return. A series of reduction in the interest rate on deposits by banks in the recent months, as a follow up of the cut in the policy repo rate coupled with a clamour for reduction in the lending rate to spur economic activities, has been very harsh for people particularly senior citizens whose income is out of the interest earned from bank deposits. The down side is that the real rate of return is expected to remain negative for some time now and to rely on bank fixed deposits to give a positive real rate of return is no longer a valid assumption. As of now no one really knows what the future holds.

There is predicament for all stakeholders. Banks have been trying to reduce their average cost of deposits by keeping the rate of interest low. This could be their business compulsion and a strategy to keep them afloat but they also run the risk of compromising on their CASA. In reality, for them this is a double-edged sword.  So far as the depositor is concerned his/her woes continue and may prolong longer than s/he would have hoped for. The smarter ones may perhaps look for avenues which could deliver inflation-beating returns but they need to take an informed call and remain aware of the of risk-return trade off. One can only hope for return of the good days.

Two Branches Of Pvt Bank In Bhubaneswar Closed After…