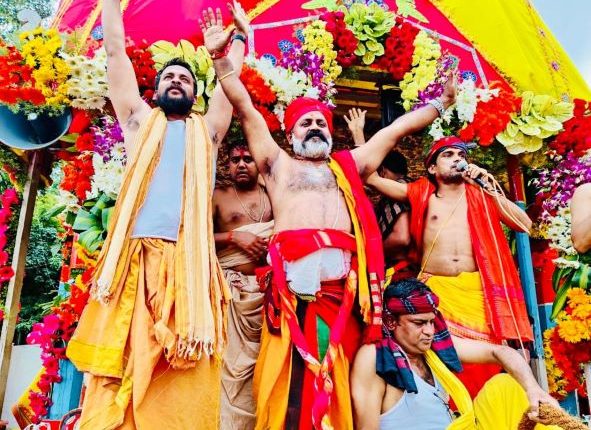 Bengaluru: The Karnataka capital celebrated Rath Yatra with much fanfare and festive fervour after a gap of two years of COVID-induced restrictions.

All religious rituals were performed at the city’s main Jagannath Temple, situated at Agara, from the wee hours of the morning. 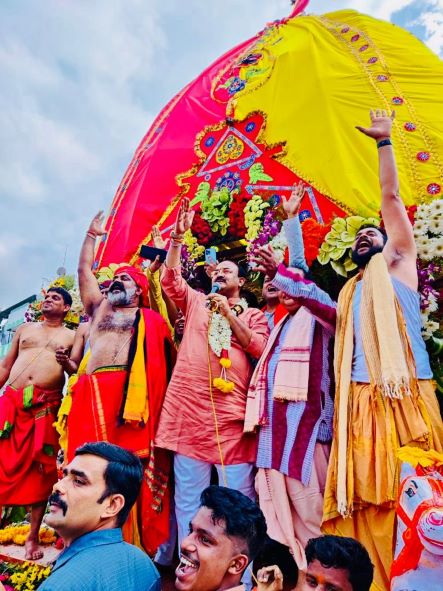 The pulling of chariots began at 2.30 pm amidst the sound of Ghanta, Kartala, Mrudanga, Jhanja and chanting of Jai Jagannath by a crowd of around 25,000.