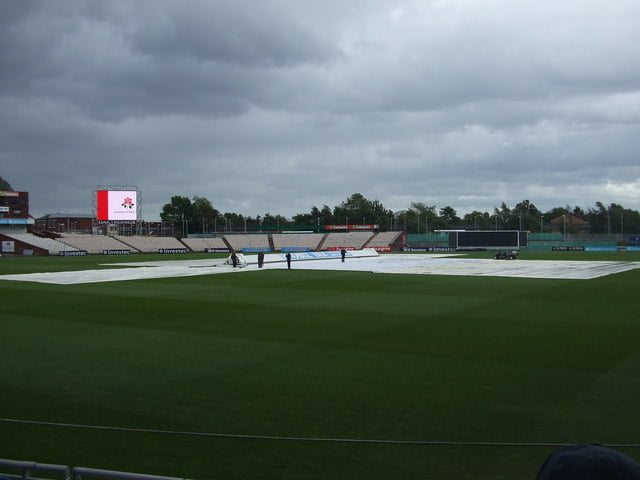 0
Share
Reading Time: 4 minutes
When 16-year-old tearaway quick bowler Naseem Shah made his debut for Pakistan versus Australia at Brisbane in November 2019, he became the ninth youngest debutant in Test cricket.

Just a week before, the teenager had lost his mother when he was playing for Pakistan versus Australia A. He was supposed to leave for Pakistan but since he could not have reached before 48 hours, and it was not possible for the funeral to be delayed beyond maximum 24 hours, his brothers prevailed upon him to play for his country.

Naseem’s debut rings a recollection of other teenagers who played Test cricket for their country. Between the ages 14 and 18, there are as many as 102 youngsters who did. The only 14-year-old Test cricketer was Hasan Raza of Pakistan. At 15, Mushtaq Muhammed of Pakistan and Mohd Sharif of Bangladesh played Tests. Eight 16-year-old boys have played the five-day matches, including a certain Sachin Tendulkar, while 27 of them, including Gary Sobers, were 17 when they took guard. Sixty-five 18-year-old teens have also played Test cricket. At 19, the number multiplies geometrically.

What will be the all-time best teen XI to play Test cricket? This list includes only players who went on to have a good career and not those who simply debuted early. It restricts itself to the age group 14-18 and hence terrific 19-year-old debutants like Kapil Dev and Javed Miandad miss out.

The team is as follows:

Hanif played 55 matches for Pakistan and scored 12 tons. He played what is still the longest inning in Test history when his 337 helped Pakistan draw a match against West Indies after being 473 runs behind. Three of his brothers, Mushtaq, Sadiq and Wazir, also played for Pakistan while another brother Raees was once the 12th man. His son Shoaib too played Test cricket. Hanif made his debut at 17 years and 300 days.

Opening with Hanif will be the dashing Majid Khan, one of only six batsmen to score a century before lunch on the first day of a Test. Majid played 63 tests and had eight hundreds. He had an amazing series in West Indies in 1976-77 when he scored 530 runs against the dreaded West Indian pace attack at its peak. Majid’s father played Test cricket for India while his son played for Pakistan. They are only one of two families to have three generations of Test cricketers, the other being “Black Bradman” George Headley who along with his son Ron played for West Indies, while his grandson Dean played for England. Majid was just 18 years and 26 days when he made his debut.

Top and middle order: Garry Sobers, Sachin Tendulkar and Arjuna Ranatunga are at 3, 4 and 5. Garry Sobers, who made his debut at 17 years and 245 days, took time to showcase his batting talent. His first ton was a world record 365 when he was only 21. He scored more than 8000 runs at an average of 57.78 with 26 tons and took 235 wickets. Sachin, who debuted at 16 years 205 days, is at number four while the canny Ranatunga who was 18 years 78 days when he made his debut will bat at number five.

Second All-rounder: The inspirational Imran Khan will bat at number six. The current Prime Minister of Pakistan is one of the best all-rounders ever to play cricket. He was a deadly fast bowler who took 362 Test wickets and was also a highly competent batsman with four hundreds. He made his Test debut when he was 18 years and 241 days old.

Now there are four slots for bowlers and we have a huge and pleasant selection issue since there is an embarrassment of riches. When we come to spinners, we have Harbhajan Singh, Maninder Singh, Laxman Sivaramakrishnan, Saqlain Mushtaq, Bhagwat Chandrasekhar, Daniel Vettori and a few more as well. Similarly, when it comes to fast bowlers, we have Wasim Akram, Waqar Younis, Aaquib Javed, Ishant Sharma, Chetan Sharma, Henry Olonga, Mohd Amir and many more excellent bowlers to choose from.

Therefore it has to be a personal choice and my four choices are Waqar Younis, Wasim Akram, Harbhajan Singh, and Bhagwat Chandrasekhar. Imran Khan is the third terrific quick in the team. Garry Sobers will also bowl left-arm spin and he will also be the captain of my team.

What is your team?