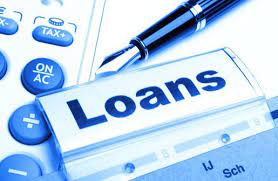 The EOW had received a series of complaints from victims and the Reserve Bank of India (RBI) on illegal loan apps which are not registered as NBFC under the RBI Act.

The EOW froze the amount after an investigation into two apps, KOKO and JOJO. More than 1.5 lakh people have downloaded these apps, including many from Odisha, it said.

“During investigation, it was found that once a person downloads these fake loan apps, small amounts (Rs 3,000-Rs 5,000) are credited through links or UPI to the customer’s bank account. Within a week, the customer is asked to repay with high interest rate,” an EOW official said.

Customers are then harassed and abused by recovery agents to repay. Obscene messages and indecent pictures along with abusive texts are sent to his/her WhatsApp number and to others on his/her contact list.

Customers were given loans through these apps from Mahagram Payments Private Ltd, which is not registered with the RBI as an NBFC, the probe found out. The company collected the money from victims through one of its firms IWT India based in Gurgaon.

The EOW advised people not to download/avail loans from unregistered/ illegal loan apps. If someone has already downloaded/ taken loan, they should report the matter to police if facing harassment.

Remember Cyclone Asani? It Never Formed In March; Will It Form In The Coming Days?