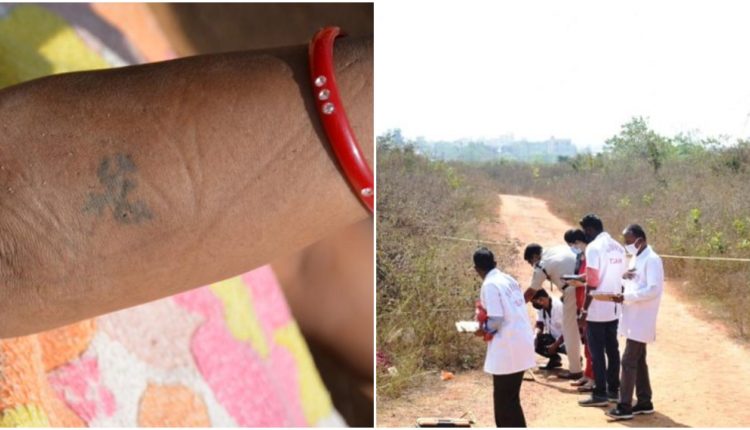 Bhubaneswar: With the arrest of two persons and recovery of the missing severed head, the Commissionerate Police here on Thursday cracked the sensational murder of a woman, whose body was found dumped on Bhubaneswar outskirts on February 4.

Commissioner of Police Sudhanshu Sarangi said the breakthrough in the case came when family members of the woman identified her headless body on February 9 afternoon from the posters circulated by them.

Giving the details, he said that the deceased Pushpalata Roul (28), a native of Ganjam district, was staying in Dhirkuti Basti under Mancheswar police limits. After the death of her husband, she had a relationship with Sanjay Das, who was staying on rent in her house. Later, she shifted to Phuleswar Basti of Tarini Nagar in Bharatpur area. Sanjay used to visit her there too.

A few days later, she again came back to Sanjay and was staying with him for the last one month. The live-in couple had a quarrel over the marriage on February 3. In the afternoon, he strangulated her to death with a scarf. He then called his friend Srikant Das alias Chandu and they took the body in an SUV to Dasapur and dumped it after severing the head.

“After committing the murder, the duo fled to Daspalla and were staying at the house of their friend,” Sarangi said.

Police have seized the knife and other articles used in the murder and the severed head from near the boundary wall of the reserve forest in Bharatpur. The head will be sent for the postmortem and the viscera will be sent to the State Forensic Science Laboratory (SFSL) for DNA profiling, he added.