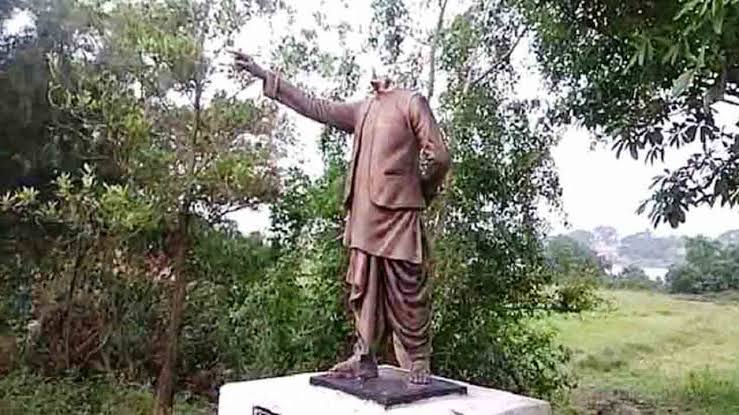 The statue set up at Biju Smruti Sadan was found decapitated around 6.30 pm on Tuesday. Following this, irate locals blocked the Pattamundai-Rajnagar road by burning tyres at Trinath Bazar.

Vehicular movement came to a grinding halt for an hour due to the blockade. Later, police reached the spot and assured the protesters of action against the miscreants. The locals then withdrew their blockade.