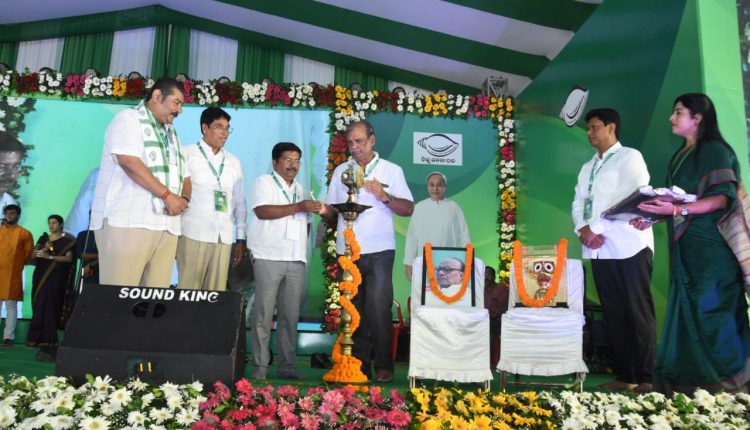 Bhubaneswar: Chief Minister and BJD president Naveen Patnaik on Friday said politics as a means for people’s service should be the goal of all politicians.

Addressing the party workers through virtual mode on second day of the preparatory meeting for BJD’s ‘Jan Sampark Yatra’ organised at Bhubaneswar, Naveen said, “All parties engage in politicking during panchayat and municipal elections. Once the election gets over, all should unitedly work for the welfare of the people.”

Stating that BJD as a regional party has always given priority to the state’s interest, he told the party leaders and workers to reach out to the people during the padyatra and share their problems and difficulties. “Participate in the padyatra and seek people’s blessings to make it successful,” he added.

Speaking at the meeting, organising secretary of BJD Pranab Prakash Das said Odisha has been on the path of rapid progress in every sector due to clean and transparent administration under the leadership of the chief minister. He called upon the participants in padyatra to reach this message to the people.

“Due to the ideology and foresight of the chief minister, the people have voted BJD to power for 5 consecutive times. In order to succeed in the hustings for sixth time, we all have to take the responsibility and work hard,” said Industry minister Pratap Dev.

Senior BJD leader Sanjay Dasburma highlighted the Centre’s apathy towards Odisha and said this approach has been continuing since 1960. Stating that the Centre has been neglecting the state in every field, from the railways to MSP for rice, he said the party has to continue its fight against the negligence.

“Odisha has emerged as a successful model in tackling natural disasters in the world. The chief minister’s policy of zero casualty in facing the calamities has motivated other states which are sending their representatives to Odisha to learn our methods. But the Centre’s response in this regard has not been forthcoming in this regard,” said another senior leader Amar Prasad Satpathy.

Finance Minister Niranjan Pujari spoke on the financial management which has put the state’s economy on progress graph. “Rising from the miserable condition post Super Cyclone in 1999, Odisha’s economy is now looking skyward. The state budget has taken a major leap from Rs 11,000 crore in 2000 to Rs 2 lakh crore now,” he added.

Minister Priti Ranjan Ghadei, in his speech, said since the government has been given top priority to road communication network, the welfare schemes have been successful. The budget for road construction has gone up in two decades from Rs 298 crore to Rs 17,424 crore, he added.

The heads of Zill Parishads, blocks, municipalities and NACs of the party attended the meeting.