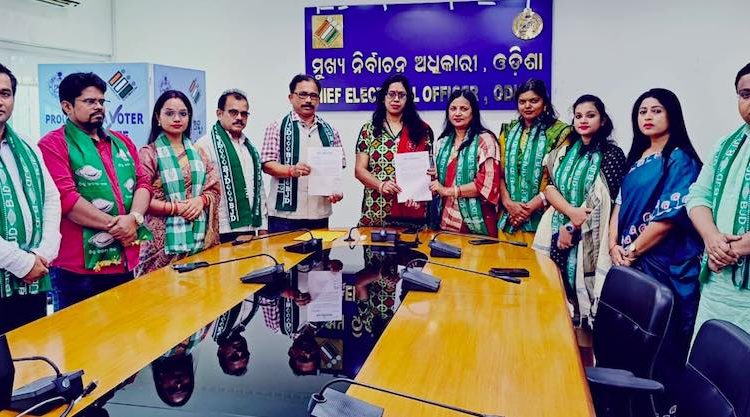 Bhubaneswar: Amid campaigning for Padampur bypoll, the BJD on Saturday reiterated its demand for arrest of a BJP worker for allegedly attacking a ruling party activist and causing him grievous injuries.

In a memorandum to the Chief Electoral Officer (CEO), Odisha, SK Lohani, the BJD delegation claimed that Rinku Meher and other BJP workers mounted a murderous attack and grievously injured a BJD’s Sanju Bariha at Bubuda village under Dahigaon gram panchayat under Padampur block on Wednesday.

“No arrests have been made so far in this matter even after two days. We also submitted photographic and videograhic evidence of the same in a pen drive with you. We reiterate our demand that Rinku Meher and other BJP workers, who were involved in this attack, should be arrested immediately,” the memorandum said.

The ruling party has also sought a probe into the role of other BJP leaders, who might have orchestrated this attack, it added.

Apprehending that BJD MLA Susant Singh might come under attack in the bypoll-bound constituency, with two BJP leaders, who had earlier allegedly assaulted his brother, camping in the segment, the Conch party on Friday urged the CEO to enhance his security.