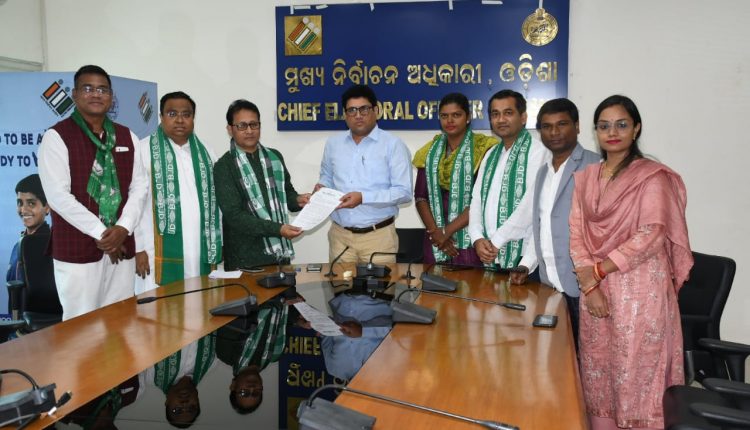 A BJD delegation submitted a memorandum to the CEO alleging that BJP worker Rinku Meher, with the support of others, mounted a murderous attack and grievously injured a BJD’s Sanju Bariha at Bubuda Village under Dahigaon Gram Panchayat of Padampur on Wednesday.

Statiing that BJD candidate Barsha Singh Bariha had visited the area on Teusday and almost every household had welcomed her, it said some BJP workers of the area were angry over this. Finding Sanju Bariha, Meher attacked him while some other BJP workers supported him.

The BJD said it has also submitted photographic and videographic evidence of the injury of Sanju Bariha along with the petition.

“We demand that BJP worker Rinku Meher, who attacked BJD worker Sanju Bariha, should be immediately arrested along with other BJP workers who supported him in attacking Bariha,” the petition said.

The petition also claimed that during 2018 Bijepur bypoll in Bargarh district, two BJP leaders had attacked BJD MLA Susant Singh’s brother and these two BJP leaders are now star campaigners of the BJP in Padampur by-poll.

They were in jail for this crime and now out on bail and campaigning for BJP, it said, alleging this shows BJP leaders and workers are “habitual offenders in heinous crimes using poll violence.”

The BJD petition also demanded more security and protection to the BJD workers and citizens of Padampur so that the BJP leaders and workers are restrained from indulging in violence.

Haw! Says Priyanka Chopra On Rumour Of Being A ‘Satanic Worshipper’

Just First Name On Your Passport? Then You Can’t Fly To This Country