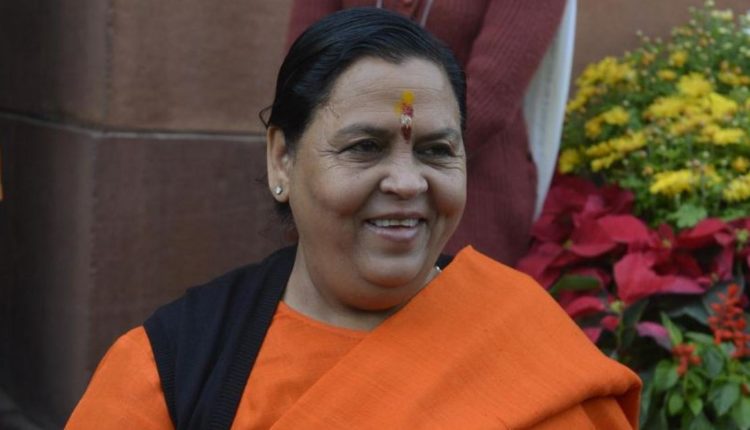 The former Madhya Pradesh chief minister said the BJP should not harbour a misconception that others cannot be devotees of Lord Ram or Hanuman, reported India Today.

“Deities are not bound to any caste or religion. Lord Ram and Lord Hanuman are not party workers of the BJP… the deities existed even before the existence of Jana Sangh or before the rule of Mughals and British,” quipped Uma.

She also took a dig at Congress’ Bharat Jodo Yatra.

“I want to ask Rahul (Gandhi) where does he see India in fragments? In fact, the abrogation of Article 370 strengthened India,” Uma said.

“India was fragmented only once when Congress led the partition of the country. If Congress really wants to unite India, it should talk about uniting territories that were part of India before partition,” the 63-year-old politician remarked.

She, however, backed BJP MP Pragya Singh Thakur’s comment urging the Hindu community to be ready with weapons in their homes.

“To keep a weapon is not wrong.. however, one should not have an aggressive mindset,” Uma stated.

She was also in favour of ‘objectionable’ content being removed from Shah Rukh Khan and Deepika Padukone’s ‘Pathaan’, adding that there was no need to politicise the matter and that insult to saffron won’t be tolerated.