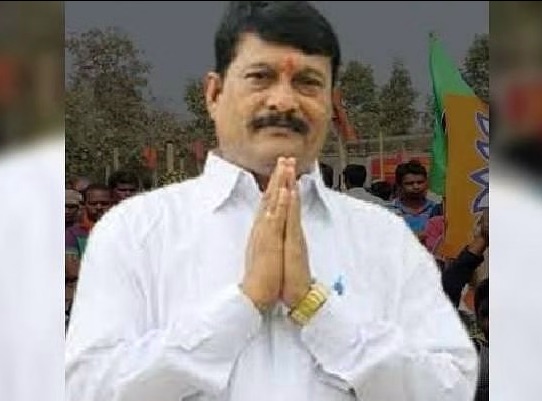 Bargarh: Bharatiya Janata Party’s (BJP) candidate Pradip Purohit withdrew his agitation in front of Padampur police station around 2 am on Saturday after the SDPO assured him of action against a journalist, who allegedly misbehaved with him.

Purohit has lodged a complaint at the police station.

According to the former MLA, a journalist of a news channel accused him of violating the model code of conduct when he visited Laxmi Temple at Barihapali to have darshan of the deity after the curtains came down on campaigning for the December 5 bypoll, last evening.

“Around 100-150 villagers gathered at the temple after they got a wind of my visit. I told the journalist that there were no supporters of BJP but the scribe held on to my hand and continuously questioned me about the large gathering,” he said.

The locals opposed the act of the mediaperson, he added.

“The journalist also misbehaved with the villagers after I left the temple. I have never seen this kind of journalism. I strongly condemn it,” Purohit added.

The SDPO said that an SP-rank officer will investigate the case. “Three PSOs have been provided for Purohit’s security,” he added.