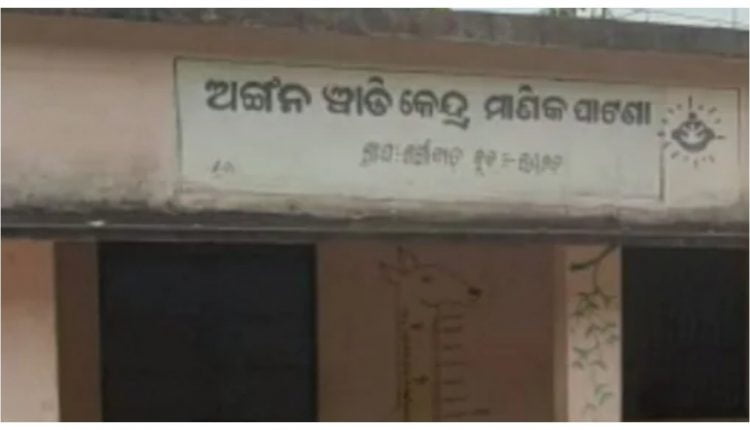 Paralakhemundi: An Anganwadi centre at Manikapatna in Gangawada panchayat of Gajapati district, which was sealed by Odisha government officials, was forcibly reopened by a highhanded MLA of the neighbouring state leading to further aggravation of the border row between the states.

The Gajapati administration officials under the direction of Collector Lingaraj Panda sealed the centre on September 6 as it was reportedly built by Andhra Pradesh on Odisha land.

However, Minister of Animal Husbandry, Dairy and Fisheries Dr Appalaraju accompanied by Andhra Pradesh police reopened the centre three days later and threatened to shoot anyone from Odisha who tries to interfere in Manikapatna affairs.

He further claimed that half of Manikpatana village belongs to Andhra Pradesh and the other half to Odisha.

While the situation in the bordering village remains tense, Opposition parties and locals have criticised the state government’s alleged indifference to the highhanded attitude of Andhra Pradesh public servants in the matter.

Meanwhile, Bharatiya Janata Party leader Bhrugu Buxipatra on Sunday tweeted that Chief Minister Naveen Patnaik should have discussed the border issue with his counterpart in Andhra Pradesh immediately. Even the DG, Odisha Police, has refrained from discussing the matter with his Andhra counterpart.

“Odisha government remains a mute spectator while Andhra Pradesh continues to intrude into our state borders. The state government must act immediately,’’ he added.

Manikapatna is a small hamlet situated 52 kilometres south of Gajapati district headquarters. It is surrounded by Andhra Pradesh’s Palasa tehsil towards south and Sompeta tehsil in the east. According to 2011 Census, the population of the village is 241 and a majority of them speak Odia. The Biju Janata Dal and the Congress are the two major political parties to which the villagers are affiliated.

Why Did Reema Lamba Become Mallika Sherawat? Hear From The Actress