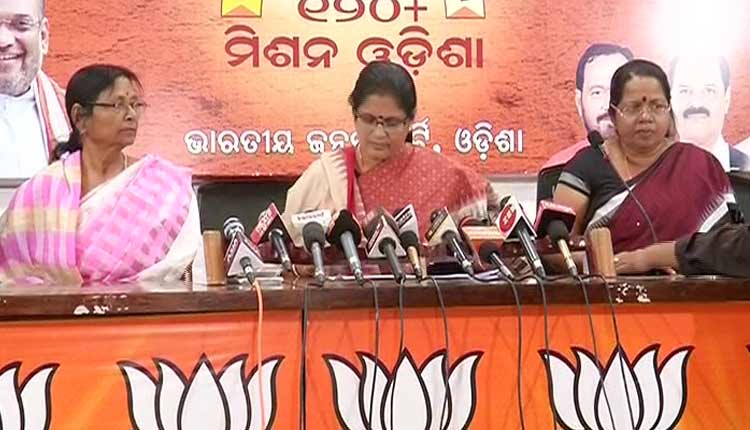 Bhubaneswar: Alleging rise in incidents of crime against women in Odisha, the BJP Mahila Morcha has decided to launch a novel protest across the state.

Giving details about the series of agitations at a media briefing here on Sunday, state BJP Mahila Morcha president Pravati Parida said the Mahila Morcha will launch ‘Lal Chudi’ (red bangle) Abhiyan in the state in which the members will collect red bangles from the women at various programmes and send these to the Chief Minister and the BJD MLAs as a mark of protest.

Commenting on Parida’s statement, senior BJD leader Prasanta Nanda said the BJP has no issue to raise. “Instead of making efforts to win the confidence of the people, the saffron party is crying over the split milk as it has no issue to proceed further,” he pointed out.