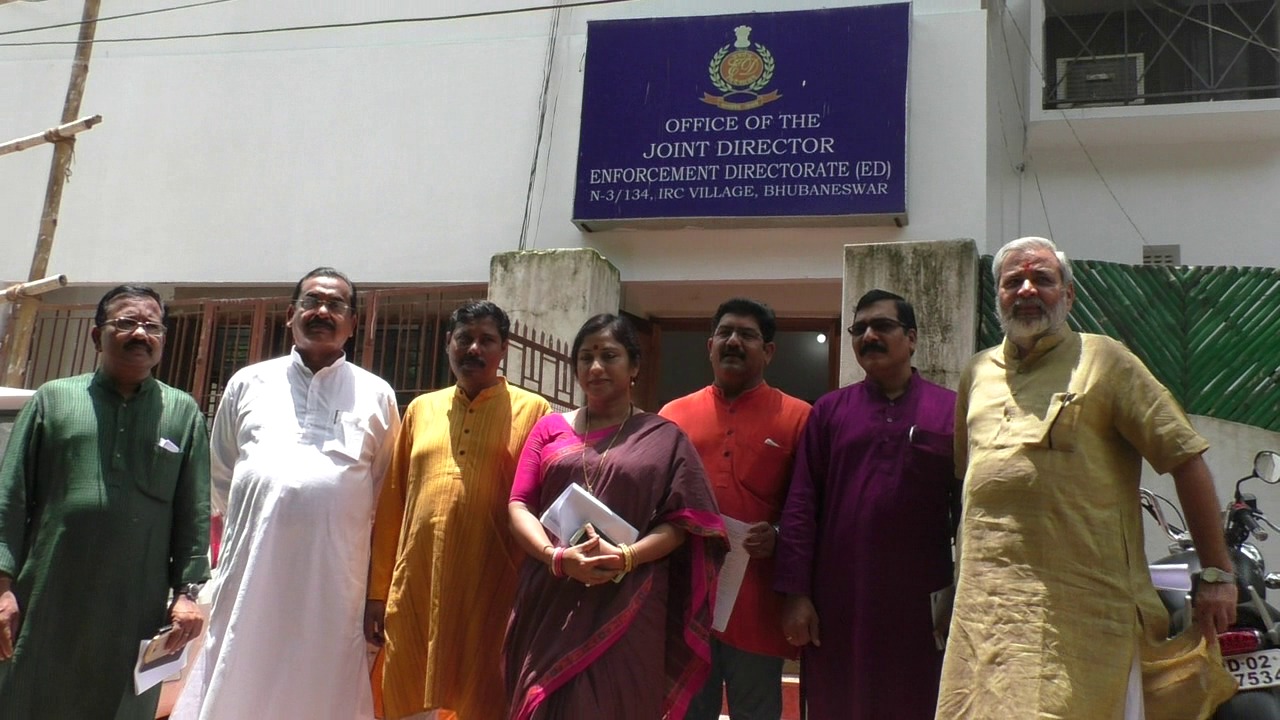 Bhubaneswar: A day after approaching the Election Commission of India (ECI), a delegation of BJP state unit met joint director of Enforcement Directorate (ED) here on Friday seeking a probe into dubious poll funding charges.
Talking to media, BJP state vice-president Samir Mohanty said, “We want the ED to probe the donations made to chief minister Naveen Patnaik and the BJD.”
The delegation has submitted details of disputed bank accounts along with eight others of the BJD with the ED.
On Thursday, a BJP delegation, including party national spokesperson Sambit Patra, met the ECI and submitted a memorandum demanding Naveen’s disqualification as a legislator.
Meanwhile, the Orissa High Court has deferred its hearing on a petition moved by BJP Hinjili candidate Debananda Mohapatra over dubious poll funding till July 31.