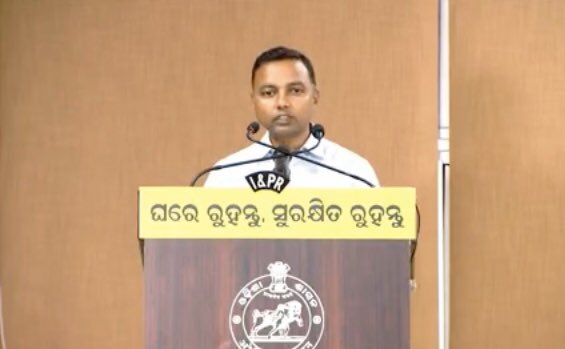 Bhubaneswar: It came like a bolt from the blue when the Odisha government on Wednesday evening clarified that though the number of confirmed COVID-19 cases in the state stood at 42, four among them were from Satya Nagar here. The area was sealed and declared as a ‘containment zone’ earlier in the day.

The sudden entry of Satya Nagar, a prominent locality in the centre of the capital city, into the corona-hit list stunned the local residents. A notice had been hung on a house close to the Dama Maharaj building on April 6, but the administration had not confirmed any case
in the locality.

This promoted Bhubaneswar Municipal Corporation (BMC) commissioner Prem Chandra Chaudhary to address a press briefing, where he gave a break-up of the 34 cases in the city, which is slowly turning into a potential COVID-19 hotspot.

While the highest number of 14 cases have been detected in Bomikhal, eight are from Surya Nagar, four from Satya Nagar and one each from Badagada, Bharatpur, Saheed Nagar, Kapila Prasad, Unit V, Unit IV, Mahisakhal, BJB Nagar and Jharpada, he informed.

The Odisha capital has 31 active cases. While one patient, a resident of Jharpada, has died, two others have recovered and discharged from hospitals.

Chaudhary said that five areas in the city – Surya Nagar, Satya Nagar, Bomikhal, Sundarpada, Begunia-Jadupur – have been declared as containment zones on basis of detection of positive cases or contact tracing or cases having travel history. The BJB Nagar has been sealed, IB office put under quarantine. Active surveillance on, he added.