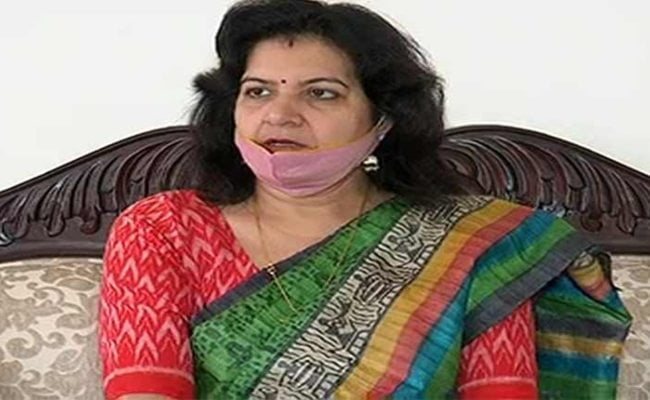 The MP’s office was sealed on October 10 for eight days for alleged violation of COVID-19 guidelines during her birthday celebration.

Prior to the opening of her office, Sarangi told the media that she has written a letter to the BMC commissioner stating that the sealing was in contravention of the existing rules and the BMC has exercised its authority without having the powers to do so.

Stating that the sealing of her office-cum-residence was done on October 10 without giving her an opportunity of being heard, she said as per Clause 1 (vii) of the MHA guideline, social, academic, sports, entertainment, cultural, religious, political functions and other congregations have already been permitted with a ceiling of 100 persons outside containment zones only.

However, the aforesaid order of the Revenue and Disaster Management Department of the state government on October 1 prohibiting such events till October 31 which is in contravention to the spirit of reopening as envisaged in the MHA guidelines.

Referring to the notification by the Health and Family Welfare Department on September 30on preventive measures to contain the spread of COVID-19, Sarangi said as per Para-6 of the said guidelines, if there are one or two cases reported, the disinfection procedure will be limited to places/areas visited by the patient in the last 48 hours. There is no need to close the entire office building/halt work in other areas of the office and work can be resumed after disinfection. However, if there is a larger outbreak, the entire building will have to be closed for 48 hours after thorough disinfection.

“When the guideline itself suggests for a maximum of 48 hours closure of an office in case of a large outbreak of the Coronavirus case, I am wondering about the authority and provision under which the BMC has sealed my office premise for 15 days when there has not been a single outbreak in my office-cum-residence,” the BJP leader pointed out.

Maintaining that the sealing of her office-cum-residence amounts to forcible dispossession from her legally held possession, Sarangi said she reserves her right to claim adequate compensation from BMC for such excessive use of authority beyond its jurisdiction, to initiate defamation proceeding and such other legal proceeding as may be suitable.

The BMC on October 10 had directed the Airfield Police to seal the office-cum-residence of Sarangi at Palaspalli.

Aparajita Sarangi To Hold Meetings At Three Places In…