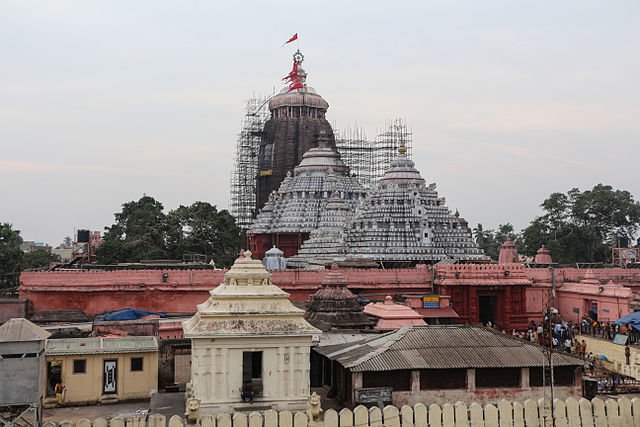 Puri: A day after Shree Jagannath Temple Administration (SJTA) served show-cause notice on 11 sevayats, including a Maharana sevayat, for alleged irregularities in Brahma Parivartan rituals of the Lords, a senior architect of the temple chariot on Wednesday blamed Daitapati servitors for the delay.

Talking to the media here, the ‘Mukhya Biswakarma’ (chief architect) of the Debadalana Chariot, Krushna Chandra Maharana, said there was no delay on the part of the Maharana in the construction of the idol of the Lords.

“The Daitapati servitors are responsible for the delay in the Brahma Parivartan rituals of the Lords. After the selection of the ‘Daru’ (truck of a tree) for the Lords, we had found that its inner part was hollow. We had informed them that the construction of the Lords’ idol will be difficult. But they did not take any step,” he added.

He further alleged that the Daitapatis brokered deal for ‘Daru’ selection.

He also said that there was a conspiracy to defame the entire Maharana community.

Stating that he was yet to receive the show-cause notice, Maharana said he would reply to it.

Two Killed, Over 30 Injured In Separate Collisions In Odisha