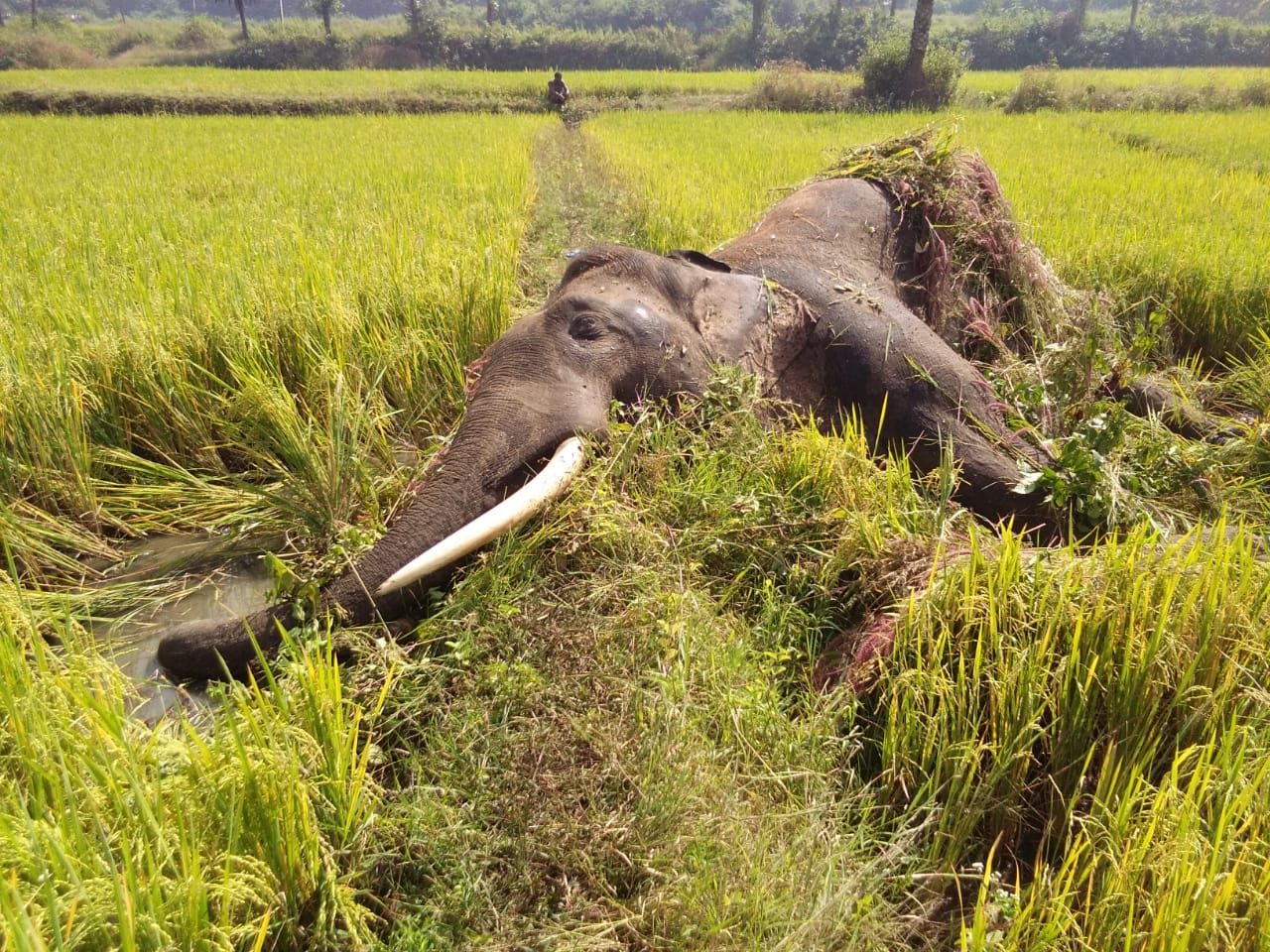 Angul: Notwithstanding three arrests and Crime Branch probe into Dhenkanal elephant electrocution, a tusker was killed after allegedly coming in contact with an 11 KV live wire in a field under Handapa Range of Angul district on Wednesday.

The mishap occurred at Hemamura village under Sapaghara panchayat in the district.

According to sources, the elephant had strayed into the village in search of food and died after coming in contact with an 11 KV live which villagers had spread in a field to capture wild boars.

The tusker is suspected of around eight years old.

On being informed, the senior officials and the employees of the Forest Department reached the spot and started investigation.

On October 26, seven elephants were electrocuted on the outskirts of Kamalanga village under Sadar Forest Range in Dhenkanal district.

On September 5 this year, two elephants were killed at Badapokhari village in Jajpur district after coming in contact with live wire. On September 19, an elephant had met a similar fate at Uparjhara village of Deongaan in Balangir district.

In 2017, 13 elephants had fallen prey to electrocution in Jharsuguda district.

In the last 18 years, more than 175 elephants have been died due to electrocution in Odisha.