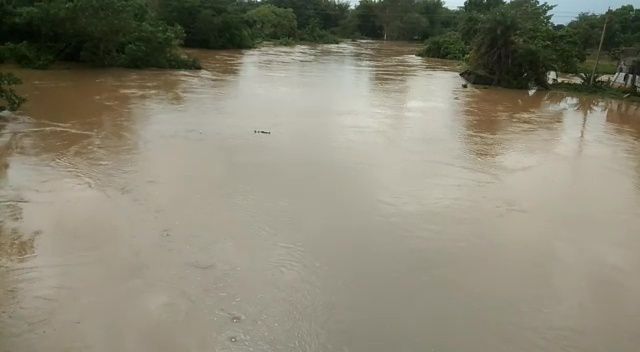 Bhadrak: Six labourers stranded due to flood in Baitarani river were rescued by Bhandaripokhari police on Friday.

According to reports, the labourers were engaged in a brick kiln factory at Nereda village under Bhandaripokhari police limit. However, they could not come ashore as the flood water in the Baitarani river submerged the area.

On being alerted, Bhandaripokhari police reached the spot and rescued them with the help of ODRAF team.

It may be mentioned here that Baitarani is overflowing its banks after the Cyclone Yaas inundating villages in Bhadrak as well as Jajpur districts.

At Akhuapada in the district, the river flow is gradually declining though it is still flowing above the danger mark. The water level, which stood at 18.98 metre on Thursday night, dropped to 18.90 metre today morning against the danger mark of 17.83 metre, sources added.