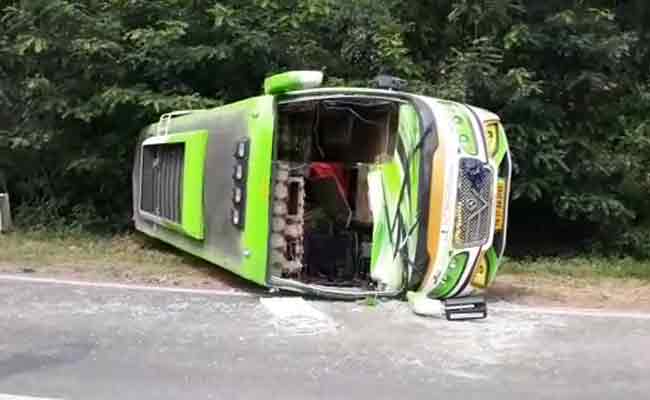 Malkangiri: At least 7 labourers were critically injured after a private bus overturned near Champakhari village in Malkangiri district on Sunday.

Sources said that the bus ferrying 27 labourers from Sonepur district was on way to Thrissur district in Tamil Nadu when the driver lost control of the vehicle which overturned near Champakhari on NH-326.

Following information, police rushed to the spot and admitted seven seriously injured labourers to the district headquarters hospital. However, the remaining 20 labourers travelling in the bus are safe, police said.

The labourers were on the way to work in a cotton mill in Thrissur district, police added.