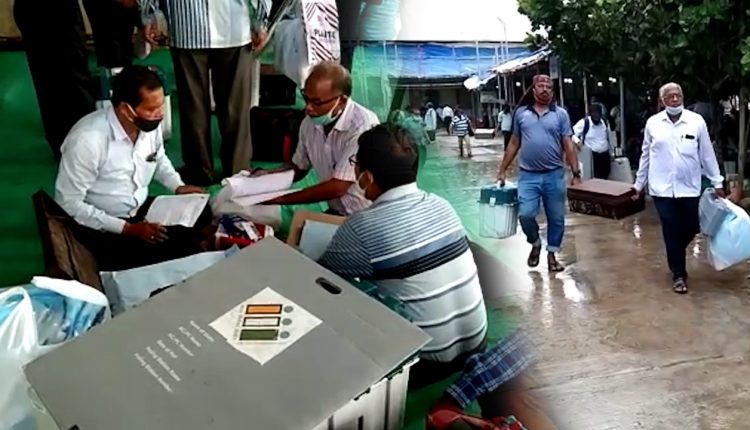 In deference to the guidelines prescribed by the Election Commission of India, silence period has been extended from 48 hours to 72 hours prior to the polling and all non-voters and outsiders have been advised to vacate the constituency.

In all, 1490 polling persons in addition to security personnel have been sent along with polling material on Tuesday from Penthakota Warehouse to their respective polling destinations. Moreover, 696 additional polling personnel who will work outside the booths to ensure Covid-19 guidelines have also been deployed, indicated the CEO.

As many as 32 mobile parties would monitor the smooth conduct of the polls and officials would ensure that all polling and police personnel and agents of candidates entering the booths shall have to be fully vaccinated. The authorities have been organising special vaccination camps in Puri, Delanga and Pipili.

Meanwhile, the state government has announced September 30 as official holiday for government offices and magisterial courts in Pipili to facilitate people to exercise their franchise.

Postal ballots have been allowed for voters who are above 80 years of age and Covid suspected persons. As per ECI direction, information slips are being distributed to voters ahead of elections specifying polling stations and serial number in the electoral rolls.

At least 2,29, 998 electorate are expected to decide the fate of 10 candidates on September 30. Prominently, Biju Janata Dal’s Rudra Pratap Maharathy, Bharatiya Janata Party’s Ashrit Pattanayak and Congress nominee Bishwokeshan Harichandan Mohapatra who are in the fray held several rallies and door-to-door campaigns to woo their voters.

The votes will be counted on October 3.

RBI Focused To Bring Back Inflation To 4%, Says Governor…