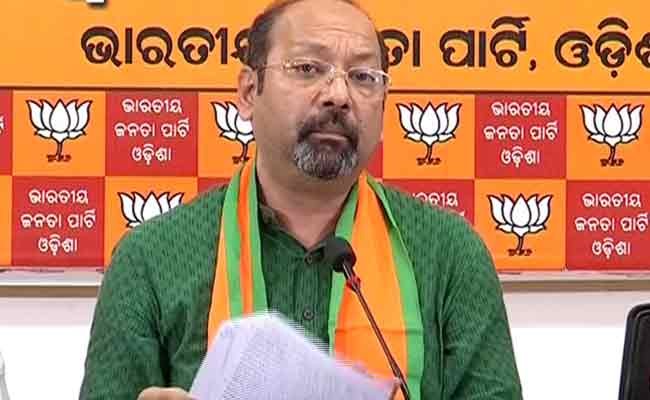 Bhubaneswar: The Odisha unit of BJP has targeted the state government for corruption amounting to crores of rupees in different departments.

Speaking to media persons in Bhubaneswar on Thursday, state vice-president of the party Bhrugu Baxipatra said the Comptroller and Auditor General (CAG) in its report has pulled up Forest, Water Resources and Mining departments for irregularities.

Stating that the three departments are yet to submit more than 3,000 settlement reports, the BJP leader said the government has spent more than allocated funds without carrying out settlement audit of different works amounting to Rs 1,610 crore since 1984.

He alleged that Odisha was allocated highest Compensatory Afforestation (CAMPA) fund among the states in the country. While there is no provision in the norms to divert CAMPA funds for other projects, the government used around Rs 225 crore from the fund for other purposes, he added.

It is surprising is that while the state government is unable to submit the utilisation certificates of the funds allocated by the Centre, it is accusing the latter of not sanctioning adequate funds for development works.

Baxipatra said the BJP will inform the ministers concerned about the matter and also raise the issue in Parliament.