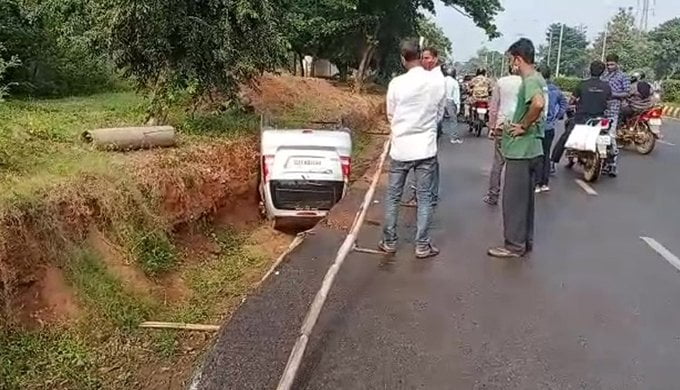 Bhubaneswar: A senior official of the Mining Department was injured after his car fell into an under-construction drain near AG Square in Bhubaneswar on Wednesday afternoon.

According to sources, the official was on the way to his office in the car when he lost control of the vehicle, which then skidded off the road and fell into the drain.

Following the accident, the locals brought the official out from the overturned vehicle and admitted him to the Capital Hospital.

Notably, the construction of the sewerage drain between Capital Hospital and AG Square in the city, which has started a few months back, is going at a snail’s pace. Besides, the contractor overseeing the construction work has not put up any signboard to alert the commuters.

Call On This Number For COVID Test At Doorstep In…