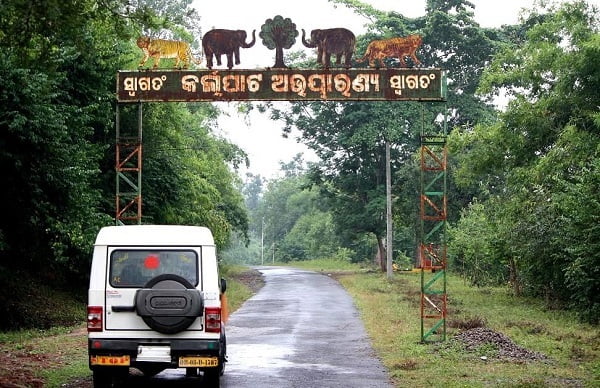 Bhubaneswar: The Central team, which visited the Karlapat Wildlife Sanctuary in Kalahandi district to know the cause of the death of seven elephants, on Wednesday confirmed the deaths due to hemorrhagic septicemia (HS).

The three-member team comprising Dr Karikalan Matthews from the Centre for Wildlife, Bareilly; national convener Elephant Cell Dr Prangyan P Panda and Prof Niranjan Sahu of Odisha University of Agriculture Technology (OUAT), Bhubaneswar went to Tentulipadar village inside the sanctuary where the death of the first elephant was reported on February 1. Subsequently, they visited other places of deaths.

Following investigation and port-mortem reports, they confirmed that the elephants died due to hemorrhagic septicemia.

Principal Chief Conservator Of Forests (PCCF) in-charge Sashi Paul told the media that the Central team has confirmed that the elephants’ death was caused by the bacterial infection as established by the local Forest officials.

The team also expressed satisfaction over the measures taken by the state Forest department to contain the spread of the bacterial infection in the sanctuary. They have also taken the samples from the carcass of another jumbo that was found dead in the sanctuary on Tuesday.

Earlier, the state government had suspended livestock inspector Ganesh Pujari for allegedly neglecting in discharging his duty as per norms during vaccination of cattle following the death of elephants.