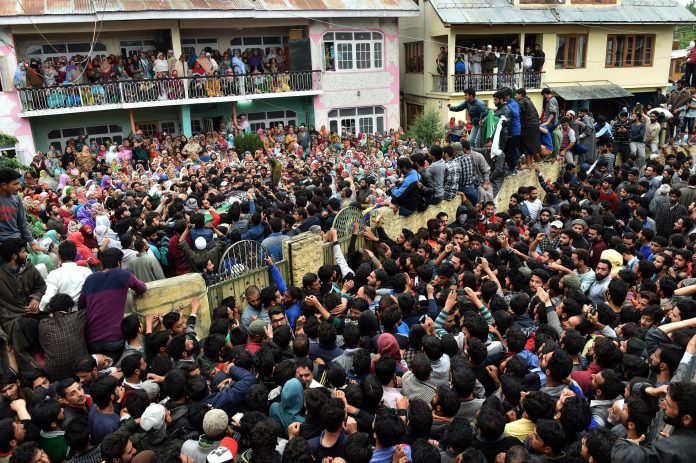 The Narendra Modi government is considering a new process under which local terrorists will be buried “in camera”, with only close family members in attendance. A report in The Print said this was being done because public burials have become a recruitment tool for terror organisations.

“The idea is to hand over the body to the family and then hold the burial in front of the local magistrate. Section 144 will be strictly imposed, and no one else will be allowed to attend. Also, the entire event would be filmed,” a source in the security establishment said.

Earlier, the security establishment used to hand over bodies to families. A key security team has approved the new plan and it is now for the Centre to take a final decision.

Since the beginning of this year, efforts have been made, successfully in many cases, to increase the deployment of security forces in and around slain militants’ homes, to ensure that proper blockades are set up to check the size of the gathering. The emotionally-charged gatherings are a breeding ground for terror recruitment in the state, officials in the security and defence establishment said.

Since the killing of Hizbul Mujahideen commander Burhan Wani on July 8, 2016, terror handlers and recruiters have been using janazas for recruitment. The death of Wani had triggered a wave of unrest in the Kashmir Valley, with hundreds of people turning out to protest against his encounter.

“The youngsters are taken in by the frenzy and many end up joining the terror ranks, even if for a few days. The last six months in Kashmir have seen much reduced recruitment taking place,” one of the sources cited above said.