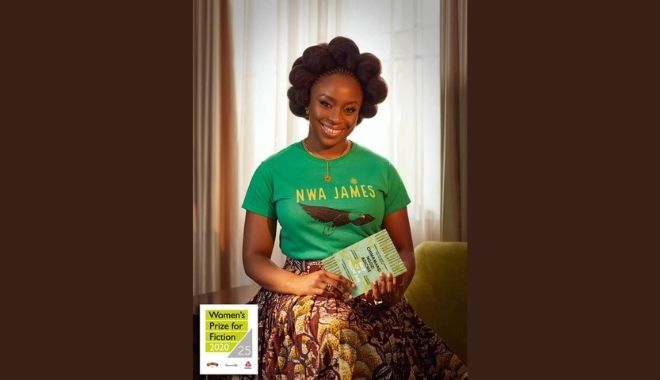 Chimamanda Ngozi Adichie has been voted as the 2020 ‘Winner of Winners’ (Women’s prize for Fiction) a couple of days ago for her novel ‘Half of a Yellow Sun’. This took my imagination to one of her most fascinating characters Eugene Achike from her book ‘Purple Hibiscus’, which was shortlisted for the Orange Prize for Fiction in 2004.

Eugene Achike is the father of the 15-year-old narrator – Kambili – of the novel. Although they belong to the Igbo community, Eugene has converted to Christianity and is a Catholic. The interesting part about the character is his duality. He is a strict disciplinarian to the extent of being aggressive and violent on the domestic front. Yet, he maintains a charismatic image in public – he is philanthropic and is well respected. Equally interesting are the attitudes, responses and behaviour of Kambili, her elder brother Jaja and their mother Beatrice towards Eugene. All of them seem to live in fear of him. However, this fear gets shockingly metamorphosed into many emotions with the progress of the novel.

Eugene published a newspaper called ‘Standard’. The Editor of ‘Standard’ Ade Coker called him modest. Father Benedict talked highly about Eugene: “Look at Brother Eugene. He could have chosen to be like the other Big Men in this country, he could have decided to sit at home and do nothing after the coup, to make sure the government did not threaten his businesses. But no, he used the ‘Standard’ to speak the truth even though it meant the paper lost advertising. Brother Eugene spoke for freedom.” These lines by Father Benedict also shows that Eugene was a proud and courageous man who did not dare to bow before anyone.

Somehow, this pride and courage of Eugene changed into a violent aggression on his domestic front. He maintained strict schedules for his children at home. Jaja, Kambili and even Beatrice were not allowed to speak much at home. Beatrice was abused not just emotionally but also subjected to physical violence almost every night to the extent that she had repeated miscarriages for many years. The children were also subjected to such violent scenes at home: “I stepped out of my room and watched Papa descend. Mama was slung over his shoulder like the jute sacks of rice his factory workers brought in bulk at the Seme Border. ..there’s blood on the floor, Jaja said. I’ll get the brush from the bathroom. We cleaned up the trickle of blood, which trailed away as if someone had carried a leaking jar of red water colour all the way downstairs, Jaja scrubbed as I wiped.”

Later, for Kambili: “The words in my textbooks kept turning into blood each time I read them.” In another incident Kambili had menstrual cramps. Eugene never allowed them to have food before the Communion. But under this exceptional situation, Beatrice and Jaja gave her a pain killer that she had to have after food. Just as she was gulping down the bowl of cereal, Eugene caught her and the consequence of her defying him was a lot of beatings, even though she was already in pain. When it came to something he did not like, Eugene was merciless and illogical. Likewise, when he caught Kambili holding a painting of his father Papa Nwuku (whom Eugene disregarded because he did not convert into Christianity), Eugene beat Kambili with his belt and metal buckle to an extent that she was hospitalized. Her whole body felt as if it was on fire and it took a long time for her to recover.  Despite these incidents, it was surprising to see Kambili’s unwavering faith in her father Eugene.

However, despite several miscarriages and domestic violence Beatrice remained grateful to Eugene. This is reflected when she shares the news of her new pregnancy with Kambili. She tells Kambili: “God is faithful. You know after you came and I had the miscarriages, the villagers started to whisper. The members of the umunna even sent people to your father to urge him to have children with someone else. So many people had willing daughters, and many of them were university graduates, too. They might have borne many sons and taken over our home and driven us out like Mr. Ezendu’s second wife did. But your father stayed with me, with us.” A sense of gratefulness prevailed over Beatrice in saying this. It was strange that Beatrice seemed not to harbour any ill-will against a man who was responsible for her marriages; rather, she spoke highly about him because she was not driven out. This, I think, is the conditioning of women in many patriarchal systems around the world. For every wrong the man does, the woman feels she deserved it or had done something that was not right.

Jaja and Kambili also never really had much of a problem in following Eugene’s dictates till they went to Aunt Ifeoma’s place for a few days. They understood what was wrong at their own home, in stark contrast to the lifestyles of Amaka and Obiora. At the home of Aunt Ifeoma, they had difficulties in getting access to basic amenities like steady supply of water and certain luxuries they were used to like good food and beautiful infrastructure like wider rooms and a spacious house. However, they understood that a home is not just bricks and mortar: it is love, laughter and affection that they never really enjoyed with Eugene. But somehow Kambili still missed her father and had great respect for him. The respect, I feel, was again a kind of conditioning that Eugene had instilled in her from her birth.

Eugene was a man who did not respect his own father, forced his sister Ifeoma to convert and tortured his wife and children but maintained an impressive exterior. The strangest part of his personality was his bouts of kindness and sympathy after being violent towards his wife and children – they did not know which side of his personality to believe. It was only in Jaja’s refusal to go to the Communion on a Psalm Sunday that we first saw a streak of rebellion. Despite Eugene forcing Kambili and Jaja to take ‘love sips’ (burning hot tea that scalded their tongue) and other bigger form of atrocities like breaking the Bible table on their mother’s six weeks pregnant belly and making her bleed to the point of risking her life, the death of Eugene affected Kambili a lot. She thought: “I had never considered the possibility that Papa would die. He was different from Ade Coker, from all the other people they (the government) had killed. He had seemed immortal.” When she learnt the news of Beatrice slow-poisoning her husband, she questioned her despite knowing why possibly she would have done it. The impact of a ruthless character like Eugene had a strange effect on the vulnerable 15-year-old. Kambili’s emotions for her father were unresolved and complex, just like the character of Eugene Achike.