CM Awards 10L Each To Winners Of WHL Final 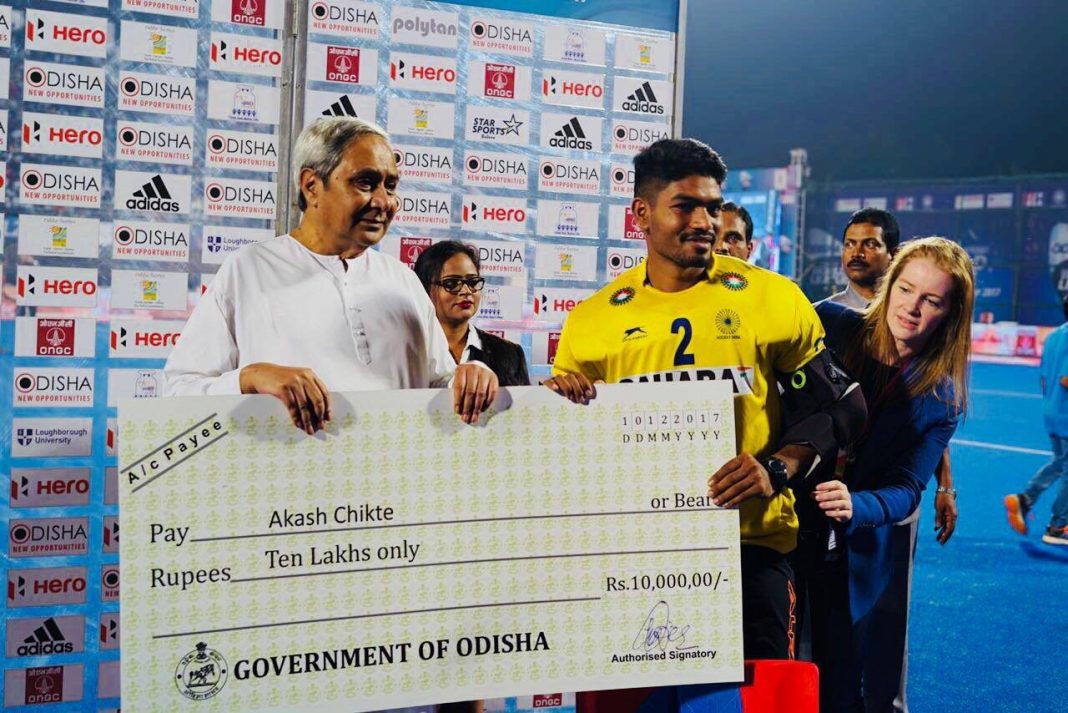 Bhubaneswar: Chief Minister Naveen Patnaik on Sunday gave away a
cheque of Rs 10 lakh each to the players of Indian team who won a
bronze medal against Germany at the Hockey World League (HWL) Final
here.

Similarly, the support staff of the winning team also received Rs 5 lakh each.

Congratulating the winners for their achievements, the Chief Minister
said, “I congratulate all of them. The state government is presenting
each of them with a cheque of Rs 10 lakh to encourage them in future.”

India clinched the bronze medal after winning 2-1 in the match against
Germany at the HWL Final at Kalinga Stadium here.

According to reports, SV Sunil (20th minute) and Harmanpreet Singh
(54th, penalty corner) scored for the hosts who got their second
consecutive bronze medal in the HWL Final.