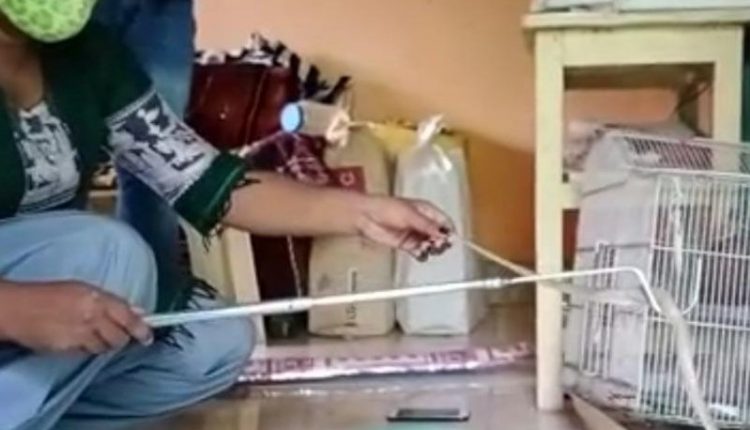 Bhubaneswar: Another cobra was rescued from a residential house in the city on Sunday.

The snake was spotted in the house of Muna Mohapatra at Bhimtangi in the morning. Mohapatra has kept some birds in cages in his house. He had gone outside for some work and on return found the cobra inside the cage of zebra finch birds.

Two birds had already dead and two others were in dying condition. As Mohapatra went closer to the cage, the cobra tried to come out of it. Fearing that the snake might enter the house, he pushed a stick between the cage and the cobra and informed the Snake Helpline.

When members of Snake Helpline Silka Seloni and Asish Behera arrived at Mohapatra’s house, they found the cobra’s body had swollen apparently after swallowing some birds and stuck in the mesh of the cage due to the stick. 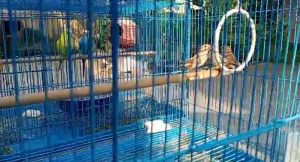 Even after they brought out the stick, the snake could not come out. Asish brought the two and a half feet long cobra out with the help of a hook without injuring it. Later, he put it in a bag and took it to release in forest area.

He said, “It is normal for the snakes to come hunting being attracted by the smell of birds. We have advised Mohapatra to keep the cages covered with mosquito nets so that the snakes will not enter those. It’s a good thing that he called us instead of killing the cobra.”

A few days back, a cobra was rescued from an electricity meter box of a house, where he had entered to eat mouse, in the city.