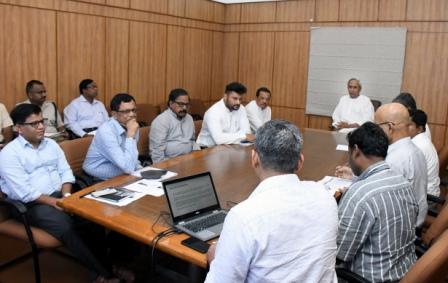 Presiding over a high-level meeting at the State Secretariat here, the Chief Minister expressed satisfaction on the status of the 47-km railway line between Haridaspur and Kendrapara. For the electrification of the railway route, he directed the authorities of the Energy Department and the Odisha Power Transmission Corporation Ltd (OPTCL) to ensure the completion of a power sub-station in Kendrapara by September.

Stating that railway connectivity will fulfill the long-cherished dream of the people of Kendrapara, the Chief Minister directed the Kendrapara MP Anubhav Mohanty and MLA Sashi Bhusan Behera to cooperate and coordinate in the construction of the railway line.