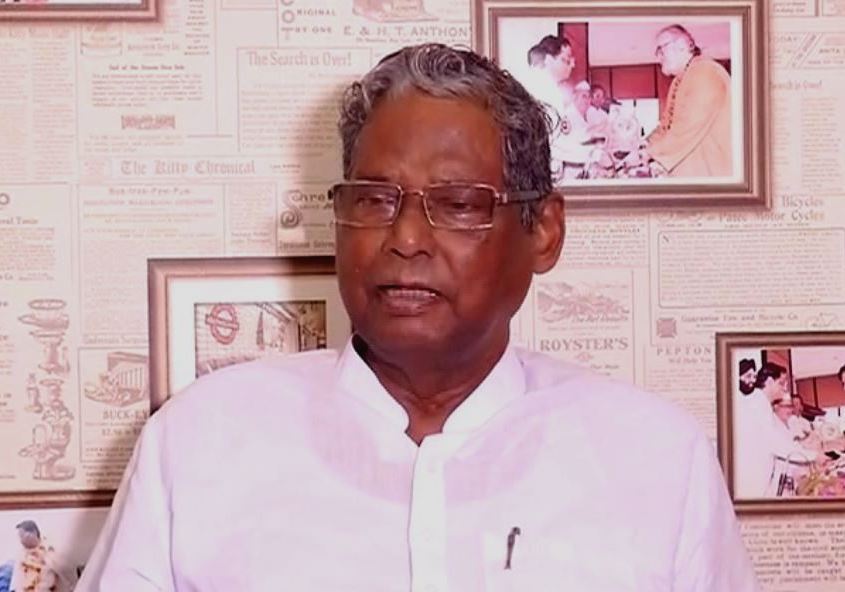 Bhubaneswar: Senior Congress leader and former Union minister Kanhu Charan Lenka on Sunday came down heavily on Odisha Pradesh Congress Committee (OPCC) president Niranjan Patnaik for the miserable show of the party in the Lok Sabha and Assembly elections in the state.

“The OPCC president contested two Assembly seats and made his son a party candidate for Balasore Lok Sabha seat, thereby reducing the Congress to a father-son party in Odisha. All I can say is that the party leadership is squarely responsible for the premeditated debacle of the Congress in this election,” Lenka told mediapersons here.

Apart from the OPCC president, members of Pradesh Election Committee are also responsible for the dismal show by the party, he further said.

Asked about the future of the party in the state, Lenka said it will be his mission to reorganise the Congress at the grassroots. “I will also make serious efforts to keep selfish and opportunist leaders out to ensure transparency and discipline in the party,” he pointed out.

Reacting to the statement of Lenka, former Chief Minister Hemananda Biswal said all office-bearers are responsible for the party’s poor show. “The fact is these leaders only talk and have no practical insight. How does a statement like this after the election would help? You can say anything after an event,” he added.

In his reaction, Congress leader and former minister Sarat Rout said that the party leadership worked against the candidates instead of ensuring their win.

In his statement, the OPCC president said success and failure are parts of politics.

“There was a time when the Congress had only 10 seats in the State Assembly but later went on to secure 110 seats. You can take the instances of leaders like Atal Bihari Vajpayee, Indira Gandhi and Biju Patnaik, who had also tasted defeat,” he maintained.

Governor Invites Naveen To Form Next Govt In Odisha