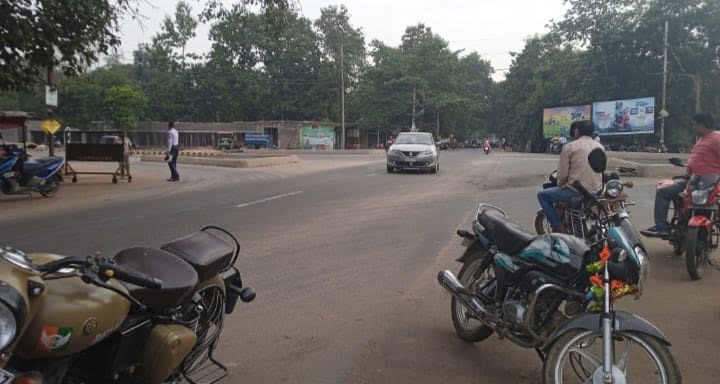 Bhubaneswar: The Odisha Congress is observing a six-hour ‘hartal’ from 6 am till noon across the state on Friday, protesting against the killing of schoolteacher Mamita Meher and demanding the removal of Minister of State for Home Dibya Shankar Mishra.

Reports of peaceful protests are pouring in from the districts.

In Subarnapur district, Congress activists are staging protests in several parts. In line with the Orissa High Court’s order, schools, shops, markets and movement of personal vehicles have not been affected but public bus services have been hit.

In Malkangiri, Congress workers are carrying out peaceful protests in several blocks. The administration and police have taken several measures to ensure that normal life is not affected during the ‘hartal’ in line with the HC’s order.

In Nuapada district, however, protesters enforced a ‘chakka jam’ and shut shops. In several blocks, shops, schools and offices are shut and bus services hit. People are supporting the bandh in large numbers.

Hundreds of vehicles are stranded on the highway with Congress protesters blocking the road and police keeping a close watch.

In Bargarh, party activists protested by burning tyres near Gandhi Chhak. There is good response to the hartal in Jajpur and Titlagarh.

The HC on Friday said that bandh was not permitted and only ‘hartal’ can be organised. Agitators cannot stop vehicular movement or close any establishment forcefully, it said. It further ruled that rail and road traffic cannot be blocked and only peaceful protests will be allowed.