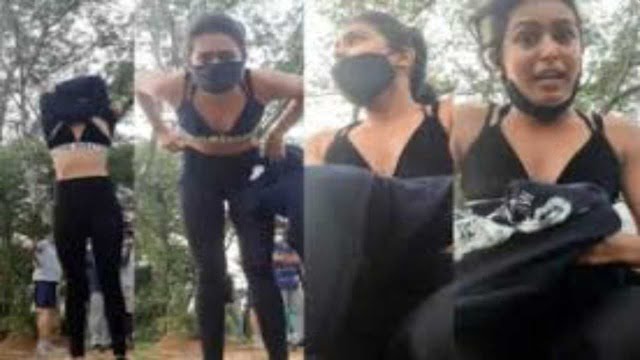 Bengaluru: South Indian actress Samyukta Hegde has accused a Congress leader, Kavitha Reddy, of moral policing by abusing her for being “indecently dressed” in a public park.

According to the actress, she and her friends were practising hula hoop dance in the park when Reddy and a group of people accosted them and raised slogans against them for wearing short workout clothes.

Reddy and the others also closed the park gate after a heated argument with the actress and called police, who escorted her out of the park.

Samyukta took to social media to protest against the incident.

The future of our country reflects on what we do today. We were abused and ridiculed by Kavitha Reddy at Agara Lake@BlrCityPolice @CPBlr
There are witnesses and more video evidence
I request you to look into this#thisisWRONG
Our side of the storyhttps://t.co/xZik1HDYSs pic.twitter.com/MZ8F6CKqjw

She alleged that police spoke to Reddy with respect, but not to her and her friends.

Samyukta recorded the whole incident and posted it on Instagram Live questioning what was wrong in doing exercise by wearing a sports bra.