Controversy King Papu Pom Pom At It Again! Now What? 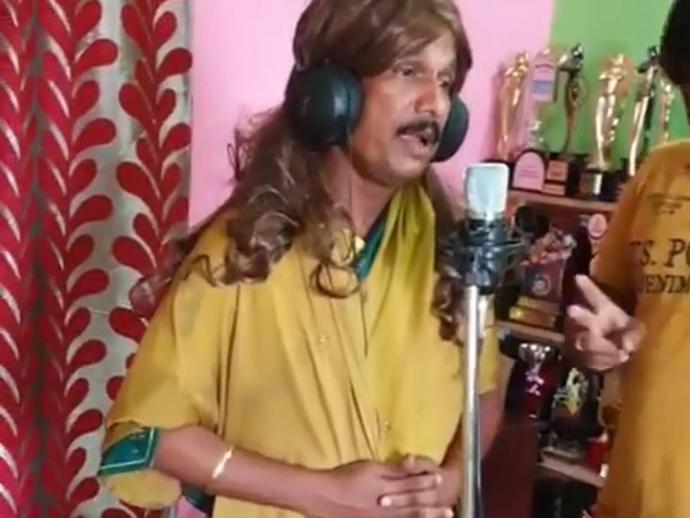 Bhubaneswar: The popular adage ‘old habits die hard’ aptly fits Ollywood actor-comedian Papu Pom Pom as he has landed in yet another controversy.

According to reports, a video posted on social media shows Papu while wearing a saree and imitating the song ‘Teri meri kahani’ sung by Ranu Mandal of West Bengal. Beside Papu, a person impersonating Bollywood actor and music director Himesh Reshammiya is seen supporting the comedian.

Papu’s weird and bizarre video has drawn sharp criticism from all quarters. However, the actor has not responded to the controversy till now.

A few weeks ago, a video of a homeless woman Ranu Mandal effortlessly singing a Lata Mangeshkar song at a railway station had gone viral. The video subsequently paid off as Mandal got a playback offer in Reshammiya’s next Bollywood movie ‘Happy Hardy And Heer’ with the ‘Teri Meri Kahani’ song.

Prior to this incident, Papu was embroiled in another controversy over a poster of an upcoming Odia movie ‘Mr Kanehya’. The poster showed the actor holding a rope tied to the neck of seven girls has gone viral on social media.

While several well-known personalities had condemned the poster and demanded its immediate withdrawal, Papu had pleaded that he had shown no disrespect to any woman and the case registered against him was unfortunate. “This is not my concept and it is not the official poster of the film. I should not be blamed for this,” he had said.

Youth Drowns In River Near Khurda