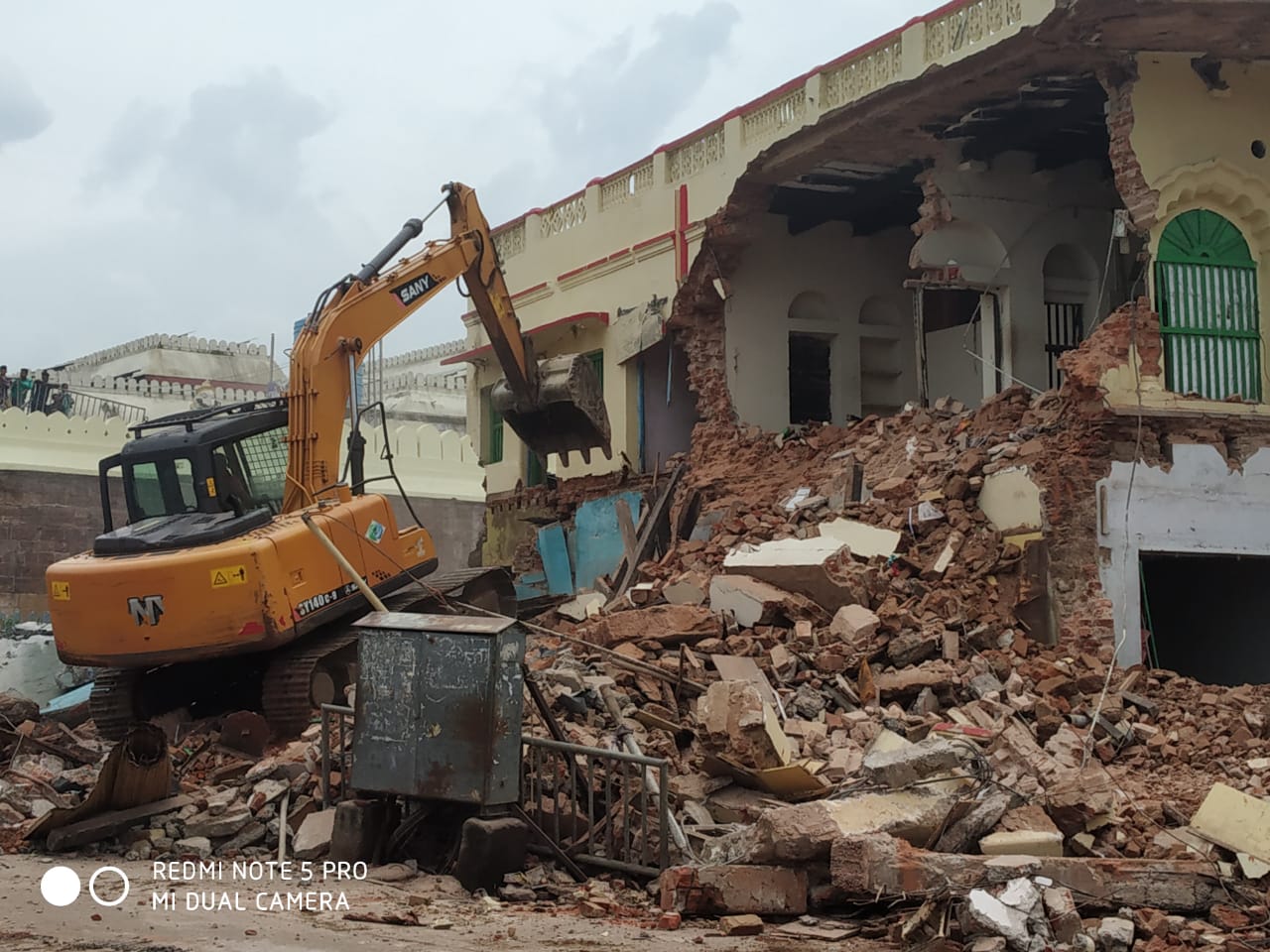 The drive at Meghanad Pacheri was part of an eviction drive within a 75-metre radius from the boundary walls of the temple.

Languli mutt, Emar mutt and the shops on its premises will be demolished on Tuesday.

To curb any untoward incident, security has been tightened at Puri Bada Danda.

As many as 30 police platoons and 21 magistrates have been deployed in the city.

The Odisha Swift Action Force (OSAF) will also monitor the security situation as Puri denizens have protested against the eviction drive. They have alleged that the district administration was not rehabilitating those displaced by the eviction drives.

On August 19, the district administration had demolished all structures adjacent to Meghnad Pacheri of the Puri shrine.

Controversy King Papu Pom Pom At It Again! Now What?