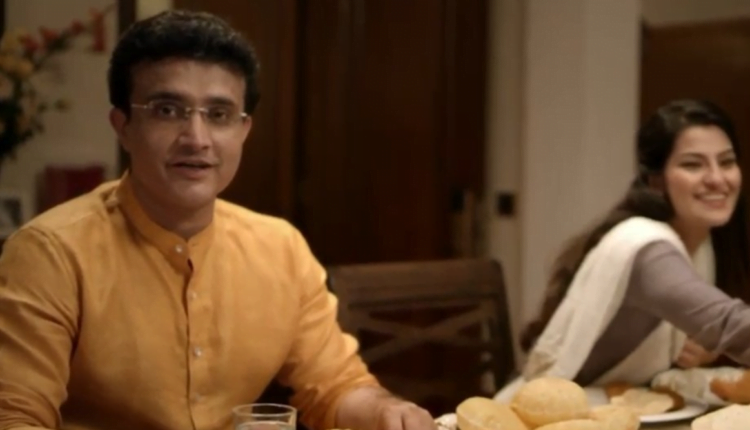 New Delhi: Sourav Ganguly’s heart ailment has had an ironic fallout. Adani Wilmar has paused all advertisements featuring the former Indian cricket captain endorsing Fortune Rice Bran Cooking Oil. “We have only taken a temporary break in our TV commercial till we again sit with Saurav and take things forward. This is a very unfortunate incident and can happen with anyone,” Adani Wilmar Deputy CEO Angshu Mallick told The Indian Express.

“Ricebran oil is one of the world’s most healthy oils. It contains natural antioxidants and gama oryzonal present in it reduces bad cholesterol and improves lipid profile,” Mallick was quoted as saying, clarifying that it is still a cooking oil and not medicine. “There are several factors which affect heart ailments including dietary and hereditary issues.”

Sourav Ganguly underwent an angioplasty operation and is likely to be discharged on Wednesday. Following news of Ganguly’s health situation, there had been widespread criticism on social media about the line of advertisements of the cooking oil featuring Ganguly, the report added.

Three arteries of the 48-year-old cricketer were blocked by over 70 per cent.