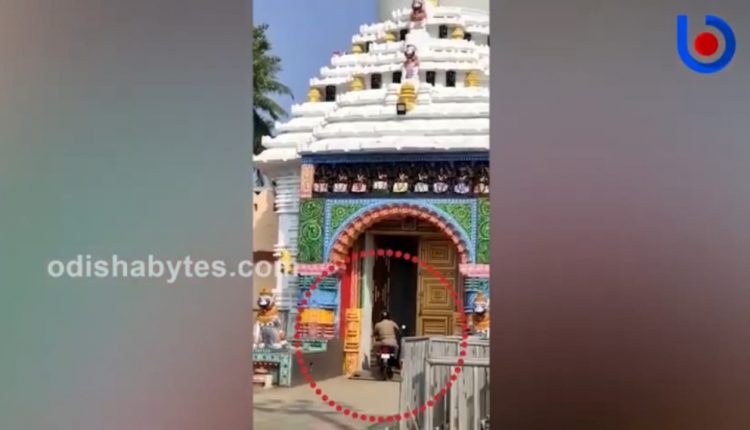 Puri: A few hours after a policeman entered Gundicha temple here on his two-wheeler, the Shree Jagannath Temple Administrator (Development) said action will be taken against person as per law.

This afternoon, a policeman had entered the Gundicha temple here on his two-wheeler in violation of the restriction on vehicles into holy places in Odisha. The cop was not stopped by anyone at the temple gate either as he can be seen smoothly making his way into the premises without any obstruction.

Soon after the news went viral, locals, as well as priests of the temple, have demanded action against the cop for his irresponsible act.

Lord Jagannath, Lord Balabhadra and Devi Subhadra ride on their majestic chariots to the Gundicha temple every year during the Rath Yatra on a 9-day sojourn. Except for these few days, the temple is unoccupied and is regularly maintained by sevayats.