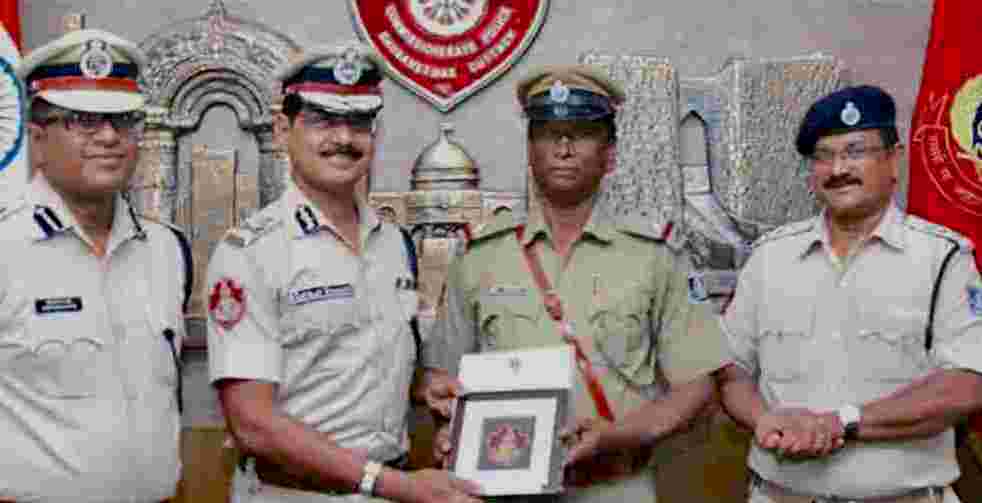 Bhubaneswar: An injured Bhubaneswar commissionerate policeman’s passion for duty has won the hearts of residents.

On the morning of May 3, Swain and four of his staff had gone outside the police station to rescue people and move them to safer places after the first phase of the storm. However, by the time he reached OUAT square, the second phase of the storm began hitting the city. Undeterred by the storm’s fury, Swain stuck to his duty. But he fell unconscious when a huge branch of a roadside tree fell on his head. His colleagues immediately informed the police station through the VHF. After the wind speed receded, a team of policemen from Khandagiri police station, led by the inspector-in charge Rashmi Ranjan Mahapatra, rushed to the spot and admitted Swain to the ICU of a private hospital.

Following information, DCP Anup Sahu rushed to the hospital and spoke to the doctors. Thanks to doctors’ efforts, Swain regained consciousness after four hours and was advised a week’s rest. But the duty-bound policeman ignored doctors’ advice and got himself discharged from hospital on May 6. He engaged himself in cleaning up the Tapoban High School ground, where a relief centre was to open for supply of relief to affected families.

When the DCP got to know of this, he asked the IIC to grant leave to Swain. But Swain refused to go on leave.

The DCP later informed the police commissioner who spoke to Swain and felicitated him at the commissionerate police headquarters on Saturday afternoon.